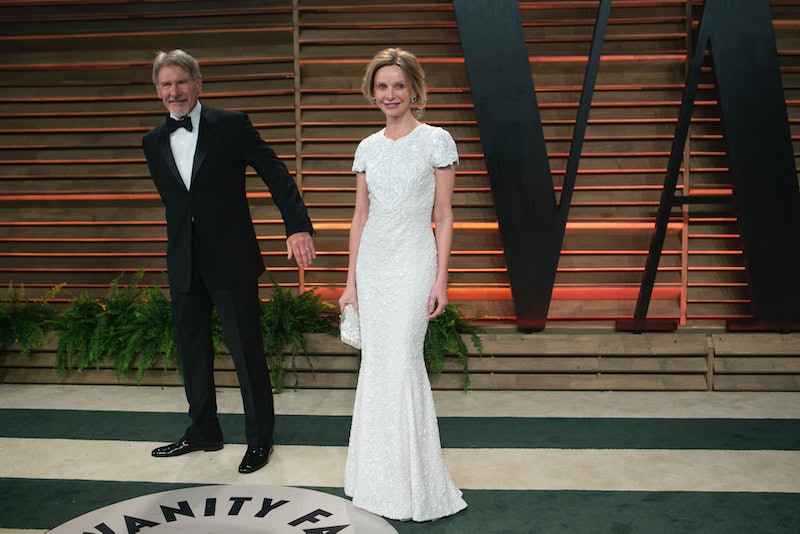 She was an inexorable part of late nineties television, dancing baby and all. And now former Ally McBeal Calista Flockhart will be returning to television, in CBS' Supergirl . If you squint into the near future you can probably see every member of SAG taking part in a superhero property.

Flockhart, who also starred as Kitty Walker McCallister in Brothers & Sisters for five seasons until 2011, will be playing the boss of the title character. Supergirl, also known as Kara Zor-El, will be played by Glee alum Melissa Benoist. Kara is Superman's cousin with the same alien abilities as him, and according to The Hollywood Reporter the series will find her embracing her powers:

Now 24, Kara feels disempowered, a slave to having repressed her innate abilities. She's still pretty, but with her face hidden behind glasses and her hair pulled back, she doesn't know it herself. But an unexpected disaster forces her to use her powers in public. Energized by her heroic deed, for the first time in her life Kara begins embracing her extraordinary abilities. She begins helping the people of her city, and they soon take notice. She's even given a new moniker: Supergirl.

I'm still rolling my eyes hard at that "she's pretty but plain with glasses" line, but the rest sounds promising.

Flockhart, meanwhile, will be playing Cat Grant, a "self-made media magnate and founder of CatCo." Kara will be her assistant. According to the DC Wiki Cat isn't exactly fond of Kara, but their relationship in the CBS show is still very much up in the air as they've already moved plenty of comics cannon around for the adaptation of these characters.

Here's to hoping for a musical moment between Kara and Cat.