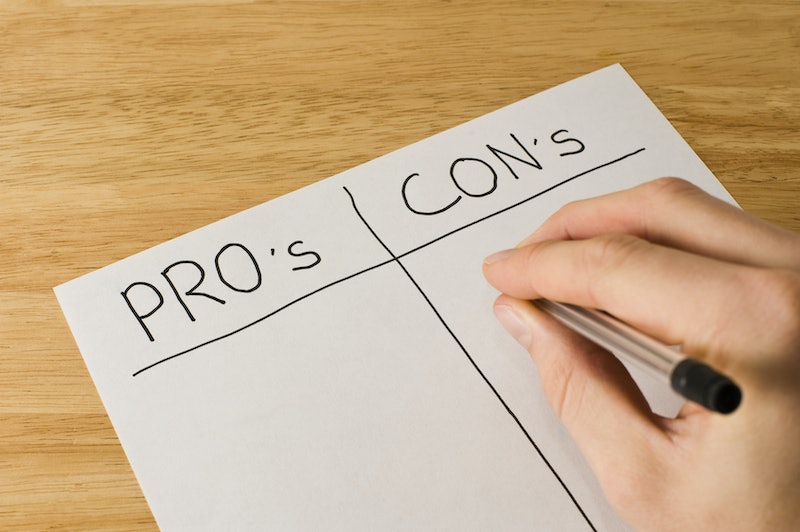 When it comes to giving advice, a lot of the time it can seem easier to help a friend than to help yourself — and it turns out that there is a real, scientifically proven reason for this. Quite simply put, you are bad at giving yourself advice. Researchers from the University of Waterloo and the University of Michigan found that distancing yourself from a problem leads to wiser reasoning, meaning that you are better at advising your friends because you aren’t immersed in the situation.

In order to examine this phenomenon, researchers Igor Grossmann and Ethan Kross divided participants into two groups and asked them to imagine a scenario of infidelity: One group's scenario involved their own partner cheating; the other group's involved a friend's partner cheating. Participants filled out a questionnaire about how they would react to the situation, which Grossmann and Kross later evaluated. The evaluations were based on the participants' reasoning and paid particular attention to whether they considered other perspectives, future change, and the importance of compromise; whether they recognized the limits of their own knowledge played into the results, as well. The subjects that were prompted to think of the scenario happening to their best friend scored higher on the measures of wise reasoning than those who were reacting to their “own” instance of infidelity.

Now that the researchers knew that thinking for a friend led to wiser problem solving, they wanted to see if they could find a way to use this information for humans to make better decisions for themselves. To do so, they organized another study with new participants, and again asked them what they would do if either they or their best friend had a partner who cheated. But this time, Grossmann and Kross prompted half of the participants to reflect on the dilemma from a third-person perspective and the rest to consider it from a first person point of view. They found that those who were considering their own romantic predicament from a third-person perspective responded with wiser reasoning than those who were giving themselves advice.

This means that the next time you have a problem, think like you are giving your friend council. Getting a bit of space from your situation will help you think more critically and intelligently about the dilemma, and will hopefully lead you to an effective resolution. Once you master that, here are a few additional ways to make better decisions:

Just because something worked in the past doesn’t mean that it will again. This is hard to accept, especially when it comes to romantic relationships, but sometimes it’s best to cut your losses.

2. Think about the future.

No, not that kind of future, Kenneth. Studies show that if approach problems with your “future self” in mind, you tend to make better long-term decisions.

Taking even one more second to consider a decision helps you block out irrelevant factors and concentrate on what matters, according to a PLoS ONE study. So take a minute to think before you make a snap judgment call.

Our intuition is a strong, intelligent feeling that is borne from our body’s desire to survive. If you have a gut reaction to a dilemma, its probably best that you listen to what your body is telling you.