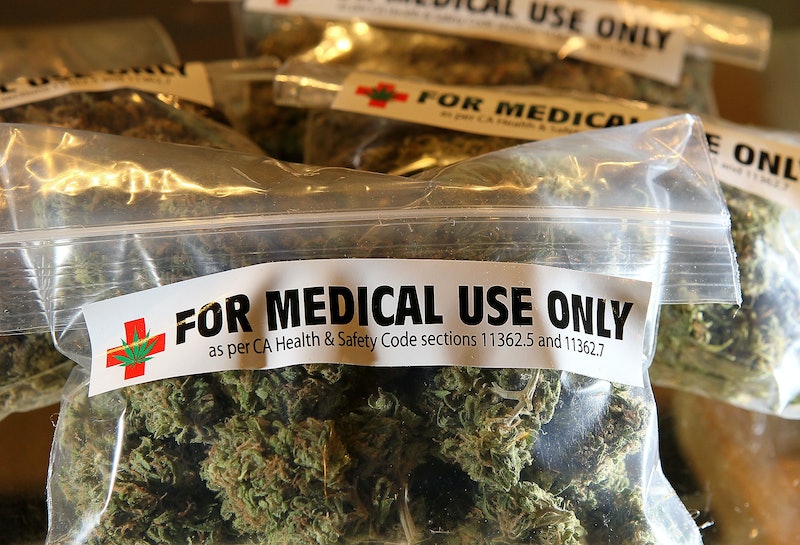 It seems like the benefits of medical marijuana have secured more established grounding — this time from quite an unlikely source — as talks between the world largest kosher certification agency and marijuana companies are underway, possibly paving the way for kosher medical marijuana on the New York market. The Orthodox Union’s kosher certification agency, one of the most recognized of its kind in the world, announced through its COO Rabbi Moshe Elefant that it has held "preliminary discussions" with companies interested in obtaining a kosher seal of approval for the medicinal use of the plant. In its herb form, marijuana requires no such certification, but in New York state, which has one of the more restrictive medical marijuana laws in the country, it would only be allowed to be ingested or vaporized.

A kosher certification for medical marijuana in New York would follow in Israel's footsteps, where medical marijuana is available to some 11,000 people. While Orthodox rabbis seem to have accepted the plant's medical benefits, many are much more wary about its recreational use — though there isn't an official consensus on the matter.

It also highlights the disparity in opinion between the Orthodox Jewish community and progressive Jews, who advocate for sweeping regulation of cannabis, reported The Jewish Daily Forward.

Other Jewish groups have taken a more reformist stance on marijuana legalization. Claire Kaufmann, one of the founders of Oregon-based Le’Or, a Jewish drug-law-reform group, said:

It’s undeniable that the current system isn’t working. It isn’t protecting kids, it isn’t decreasing consumption levels and it’s perpetuating a black market which is dangerous and where the people running that market are incentivized to deal harder, more addictive drugs.

Set against the backdrop of the agency's past refusal to certify cigarettes and e-cigarettes for their glaring health risks, Rabbi Elefant's statement that he "would not have a problem certifying" medical marijuana, according to The Forward, is in line with growing awareness in the U.S. of the drug's benefits.

So far, 23 states and Washington D.C. have legalized the drug for medical use, decriminalized pot possession, or both, and four of these states have authorized recreational marijuana, with Alaska and Oregon beginning this year. If the trend continues, spreading the legalization of marijuana to all 50 states, the market could soon outgrow the organic food industry.

Rabbi J. David Bleich, a leading voice on medical ethics at Yeshiva University in New York, told The Forward that medical marijuana was a "perfectly acceptable use" of a plant, but expressed doubt about its other purposes:

[Recreational use] is pleasure for pleasure’s sake, certainly not that to which a Jew should aspire... [But] I can’t tell you the 614th mitzvah is "Thou shalt not smoke pot.”