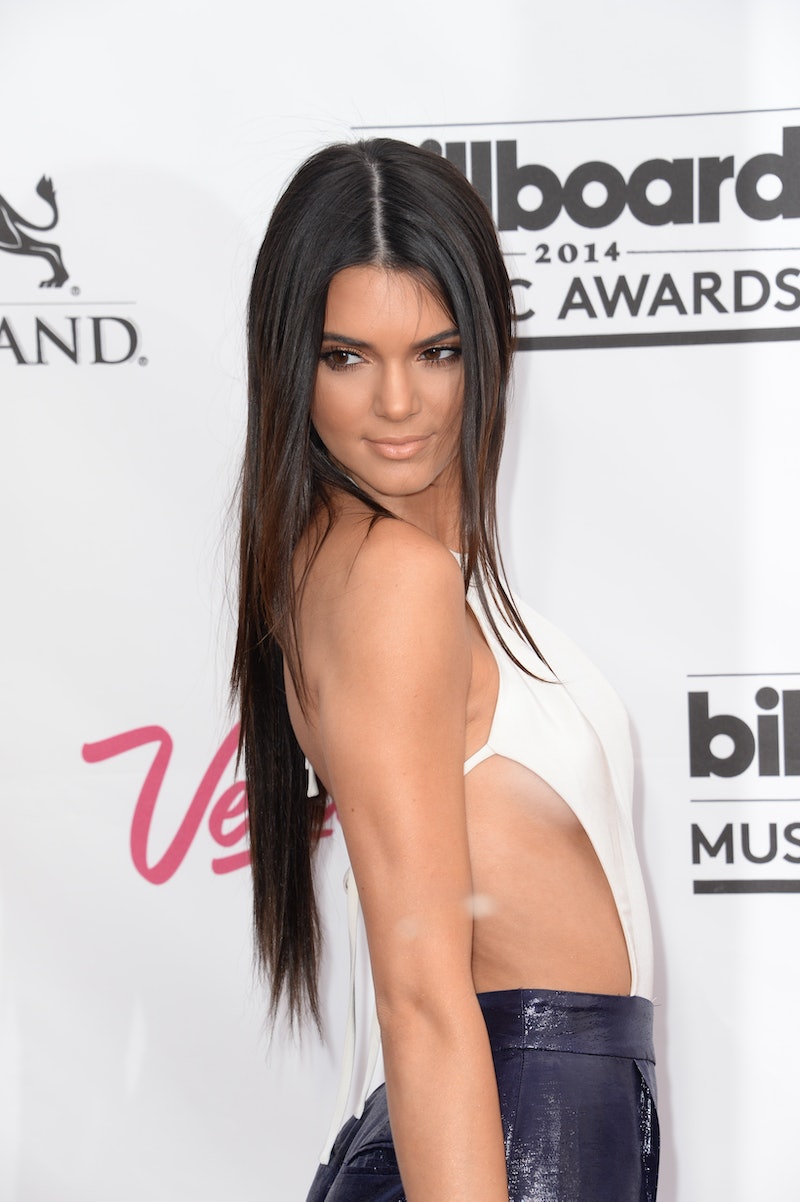 It only makes sense that an "Instagirl" would have the most successful pic from New York Fashion Week, right? According to the Cut, Kendall Jenner's NYFW Instagram had the most likes from the annual style showcase — it's gathered nearly one million likes so far, surpassing photos from big sister Kim Kardashian West and Instagram's resident rebel Rihanna. Now that's just unfair; I'm stoked if I get 20 likes. A million?

Social media, and Instagram in particular, has opened up Fashion Week to the masses, and models sharing glamorous snaps from their busiest work week of the year is just another way to engage style enthusiasts who aren't part of the lucky bunch who actually get to attend the shows. It's become a huge tool for designers and brands, and it's only getting bigger. In addition to declaring Kendall's 'gram the "like" competition winner of the week, the social media company also shared their list of the top ten most socially engaging shows. Michael Kors topped the list, fueled by behind-the-scenes photos from megastars like Kate Hudson, Allison Williams and Gigi Hadid.

On the whole, NYFW generated an astounding 85 million likes and comments from 17 millions users. The times, they are a-changin', and I'm excited to see how fashion week continues to include non-New Yorkers through different social opportunities (and to see more snaps from major models and attendees alike.)

Take a look Kendall's wildly popular Insta — who knows, you may have already liked it. Although I'm surprised that it's the most liked out of all the fun photos that were shared last week, I do love her outfit. Verdict: I'd double tap.

More like this
Kate Had A Solution When Tom Cruise Broke This Royal Rule At The 'Top Gun' Premiere
By Frances Stewart
What Is “Jello Skin”? The Latest Viral Trend To Know About
By Tomi Otekunrin
Machine Gun Kelly Wore A $30K Diamond Mani To The BBMAs
By Paris Giles
How To Master Baby Braids, According To TikTok
By Tomi Otekunrin
Get Even More From Bustle — Sign Up For The Newsletter