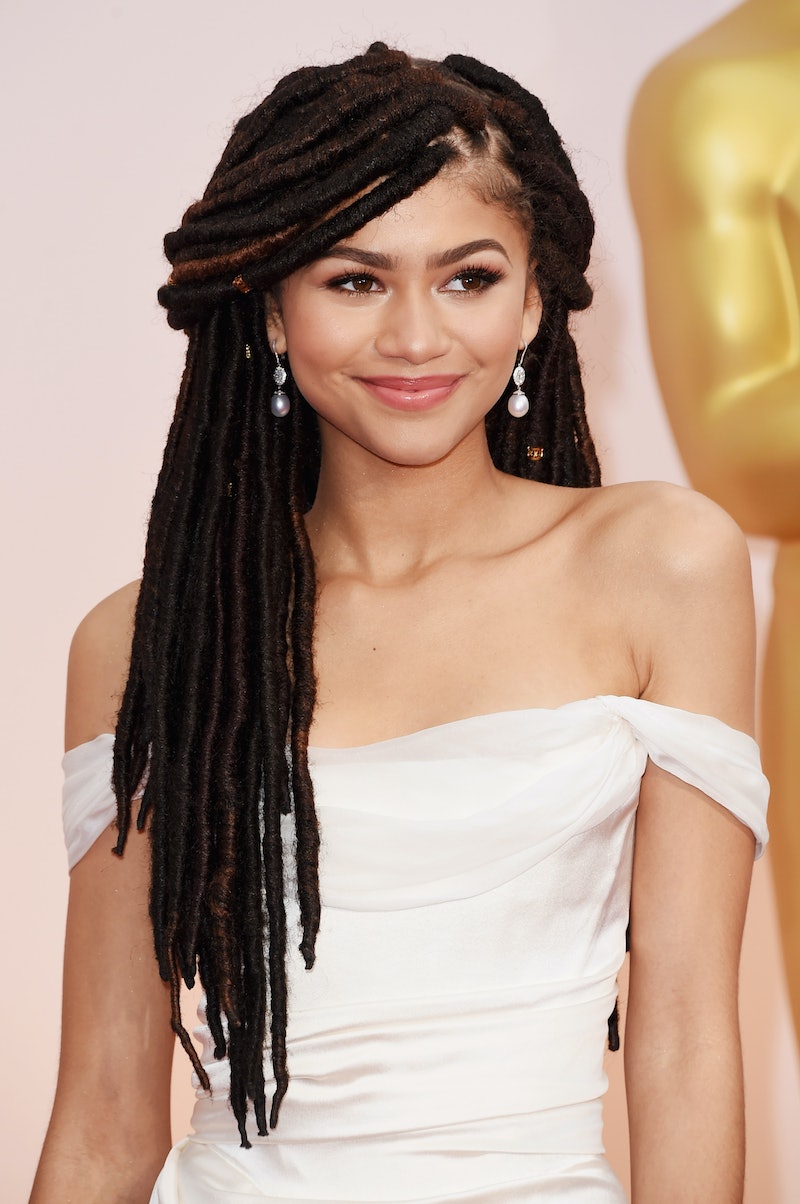 The line between offensive and hilariously offensive is a fine one that many of the most controversial comedians walk every day. In fact, the line is so fine that, most of the time, I'm of the opinion that the potential for offense is just not worth the small window of comedy that people are trying to squeeze through. That was what happened when Giuliana Rancic discussed Zendaya's look at the 2015 Oscars on the Fashion Police. The show is pretty much known for either heaping praise onto each celebrity's look or throwing hilarious insults at the celebrity's fashion choices, but Rancic's comments forced her to apologize because she said that Zendaya's dreadlocks made her look like she smelled like weed. Just some casual racism, no big deal.

Except big deal. Very big deal. To be specific, what Rancic actually said on the Fashion Police was, "I feel like she smells smells like patchouli oil… or maybe weed." Zendaya, who had worn the "locs" to the Oscars in order to give them a more positive view in the public eye, was more upset that Rancic immediately went for the weed reference than she was about Rancic not loving her look. In fact, she responded with an entire Twitter rant that got her a slow clap from the likes of Chloë Moretz and Khloé Kardashian. Hell, I myself am still giving her a slow clap of my own.

Personally speaking, I have never been a fan of dreadlocks. However, it took me a long time into my adulthood to realize that my distaste for dreadlocks was not a distaste for the hairstyle as a whole — having seen a cousin obtain and then manage the hairstyle made me realize that it was so much easier to care for than my own permanently relaxed style — but a distaste for what I associated with the hairstyle. To me, it brought up an association with some unsavory characters that wandered the streets of Jamaica when I was a child, smelling weird and scaring me. It reminded me of a country that I felt barely connected to growing up. It reminded me of the kind of hair that would guarantee no one would take me seriously.

The fact that it was not until adulthood that I began to see African-American hair as truly beautiful, relaxed or otherwise, is the reason why I understand completely where Zendaya is coming from here. With her joke, Rancic played straight into the insidious stereotype that Zendaya was trying to dispel about dreadlocks. Rancic highlighted the exact popular opinion that make the hairstyle one that people refuse to take seriously, or to consider beautiful. And, although she didn't intend it, her joke did have racial connotations that were incredibly unpleasant and completely justifiable for Zendaya to call her out on. However, on Tuesday, Rancic did issue an apology:

Of course, I am not saying that Rancic is racist or even that she meant to be. I'm merely saying that the joke she made came across that way, and that she needs to acknowledge that and work toward being more sensitive in the future. Her apology is unsatisfactory; it is certainly appreciated, but it is unsatisfactory. As for Zendaya, I applaud her for helping the world learn to love dreadlocks, one red carpet at a time.

More like this
Sandra Bullock, Girlboss Extraordinaire
By Matt Harkins & Viviana Olen
Here's How To Practice Self-Love In Small Ways Every Day
By Mackenzie Sylvester
Selma Blair Wrote Through The Pain
By Samantha Leach
Taylor Swift Knew Hayley Kiyoko & Becca Tilley Were Dating 4 Years Ago
By Grace Wehniainen
Get Even More From Bustle — Sign Up For The Newsletter