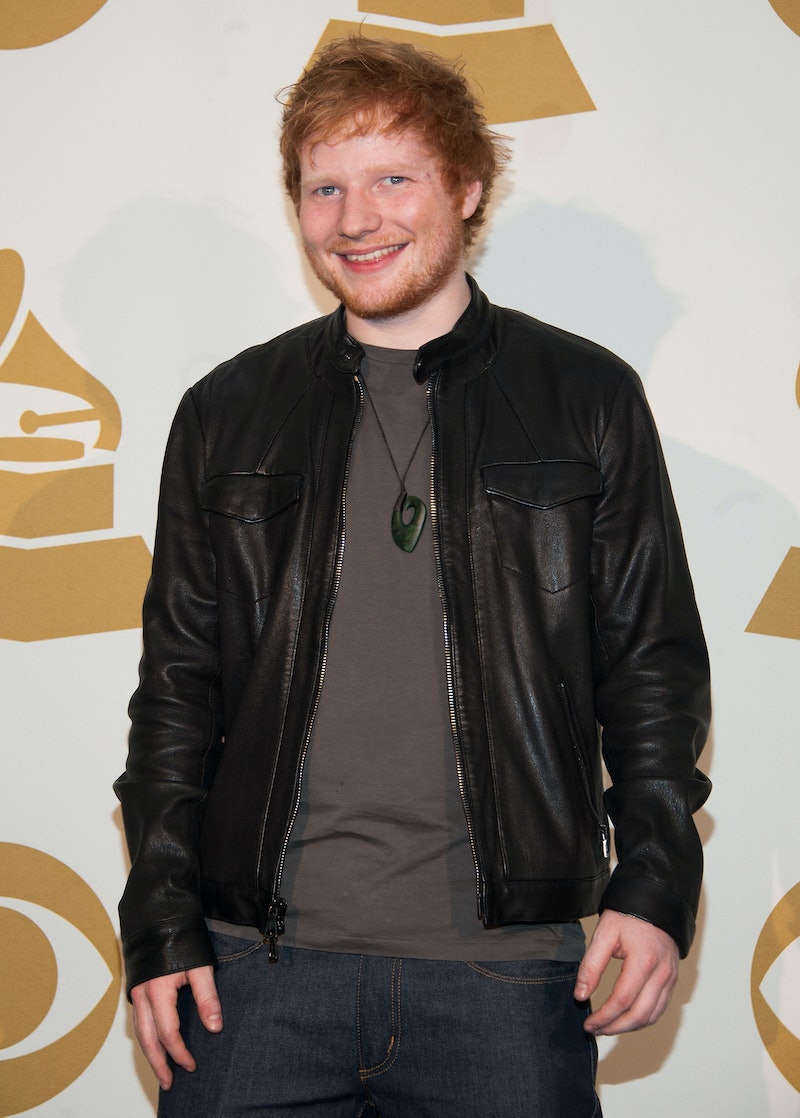 I knew in 2013, when Ed Sheeran was merely an opening act on Taylor Swift's Red tour, that this unassuming, shaggy, ginger Brit was destined for greatness. Now, in 2015, Ed Sheeran boldly covers songs like Christina Aguilera's, "Dirrty," and everybody listens. Back in 2013, while he certainly had his own fans by that point, when he opened the show I attended, I was truly wowed by his live performance. It was like being treated to two concerts rather than one and I'm not sure the 15-year-olds who crowded the stadium truly appreciated witnessing a star in the making. Nonetheless, Sheeran owned the stage and commanded the audience's attention with his effortless talent and charisma. Now that that talent and charisma is more widely appreciated, he was basically able to transform his "Dirrty" cover into an instant acoustic hit.

According to E! Online, when Sheeran covered the song at BBC Radio 1's Live Lounge on Tuesday, "he invited Aguilera to watch the performance via Twitter, writing, 'Oi @xtina I covered you.'" Clearly though, "Dirrty" was what stole the show and, really, who wouldn't be awed by such a unique spin on the hit?

Sheeran truly nailed it, but this song slaying ability shouldn't come as such a surprise. The singer has done a plethora of other fantastic cover songs before.

You can check out his "Dirrty" cover below:

And here are some more mind blowing Sheeran covers for your listening pleasure:

"Hit Me Baby One More Time"

Oh, Ed. You could sing us the phone book and we'd be all ears.