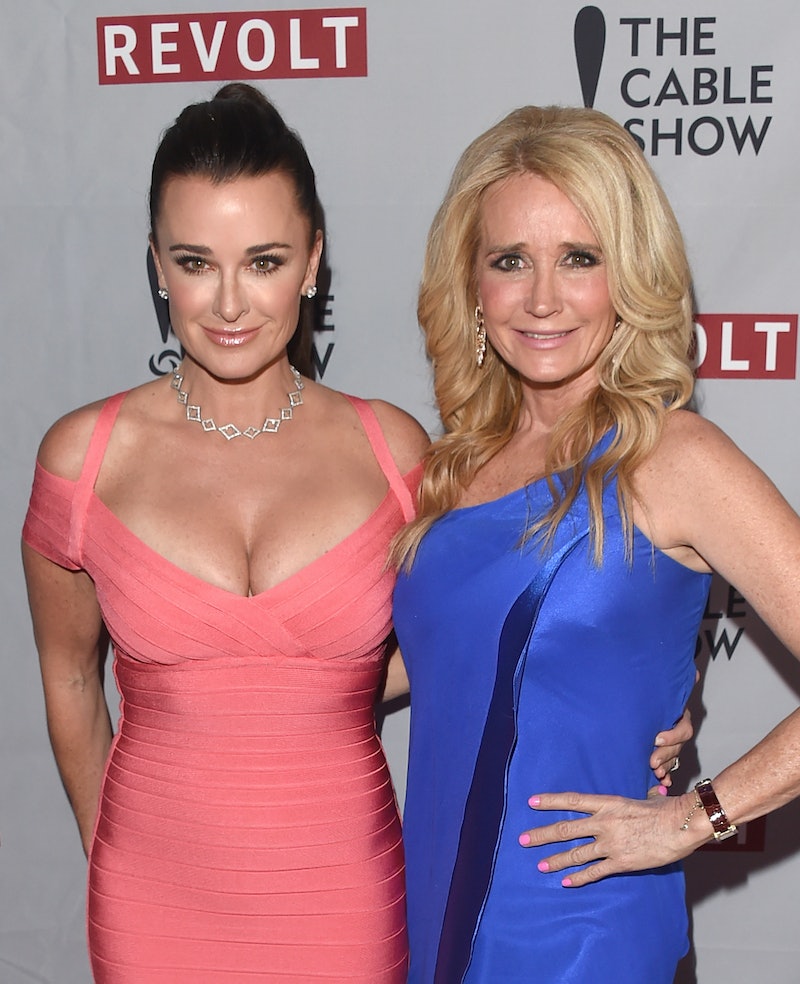 There are a few things that make a Real Housewives season worth watching. The first being the amount of money spent and the lavish lifestyles the women live. The second, and possibly most important, being drama. The more drama, fights, breakdowns, table-flips, screaming matches, hair yanking moments that happen, the better. Real Housewives of Beverly Hills is no exception to this. While I usually encourage feuds in the Real Housewives world, the RHOBH feud between Kim and Kyle Richards has just become sad to watch.

Don't get me wrong, the Sisters Richards have provided RHOBH a bevy of feuds throughout the seasons. Their drama has kept the show interesting, and it has added some consistency for drama when the cast has changed throughout the five seasons on air. But, unlike a feud between Brandi Glanville and Kyle, a Kim and Kyle feud is a much bigger story than just two cast members who don't get along. The inclusion of siblings on a series like the Real Housewives has been... interesting. The Richards sisters aren't the first family members to be on the franchise; Real Housewives of New Jersey has notably featured sisters Caroline and Dina Manzo, as well as their sister-in-law Jacqueline Laurita, which ended in an ugly falling out.

The difference between New Jersey and Beverly Hills is that the Richards sisters also have to deal with the difficulty of addiction in front of the cameras. In addition, there's the newly (re)found fame that has come with the series. All of it adds up to America watching some very personal issues. And sadly, it hasn't really been a smooth road for the sisters since the very beginning.

In the Season 1 finale, the tension between the sisters came to a head when Kim accused Kyle of "stealing her house" and Kyle screaming that her sister was "an alcoholic." It wasn't one of those moments where you're like... "Ooooh, this so fun! FIGHT!"

The Richards sisters' feud is a war that no one wins. No matter what, we're kind of watching a family be torn apart. While they have chosen to put themselves on camera, it is still sad, because no outcome is going to be truly beneficial for the sisters.

With regards to the other Housewives who insist on getting involved in the familial issues between the sisters, there's no way anything good can come out of their involvement. No one is going to fix a worsening feud between sisters with a brunch in West Hollywood. The best thing for these Kim and Kyle is to work out their issues off-camera. That may deny fans the ability to watch, but at this point, it's their best hope for genuine reconciliation.