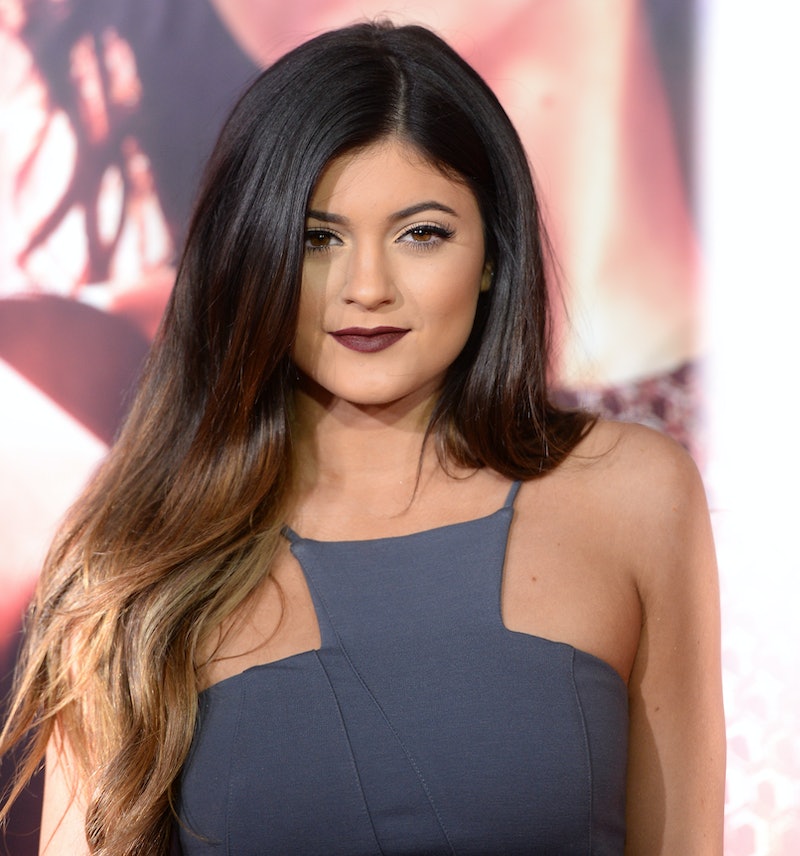 At 17 years of age, Kylie Jenner isn't even a legal adult. But that's supposedly not stopping her from purchasing her own house. At least according to TMZ which reports that Kylie Jenner is buying a house with her Keeping Up With the Kardashians earnings. I can't even with this, guys.

One of TMZ's many slippery sources reported that Jenner is planning to move into a home in the same Calabasas gated community that sisters Kourtney and Khloe Kardashian live in. Not to be tacky and talk prices, but the place supposedly costs a cool $2.7 million dollars — i.e. a sum of money larger than the amount that I will probably ever have in my savings account, so that's nice!!

From the pictures provided in the article, the place looks like your general stucco, Spanish-tiled LA home that all LA homes look like on reality TV, but that's from the perspective of an East Coaster. A list of amenities reportedly includes: five bedrooms, a home theater, an "awesome kitchen," and the luxury of not having to answer to your mom, like, EVER.

I'm guessing that the completely unbridled freedom would be the biggest selling point for Kylizzle, but is it really necessary for her to have her own home? It's not like this is a crash pad in another city. This home is probably no more than 10 miles from the Kardashian nest. Basically, it's 4,900 square feet of superfluous space.

Don't get me wrong. I understand what it's like to be a teenager and want your privacy, but the fact that Kylie can't even vote and is potentially about to buy a house in the same town that she already lives is just SO absurd. An apartment is one thing, but purchasing a house is something that grown-ups with IRA's do. She could always save her money up for, I dunno, a space-age smart toilet or a panther, or whatever people who have more money than they know what to do with feel like they need. In this writer's opinion, she should just enjoy her youth and live with her mom until she buys a dingy starter apartment in her early 20s.