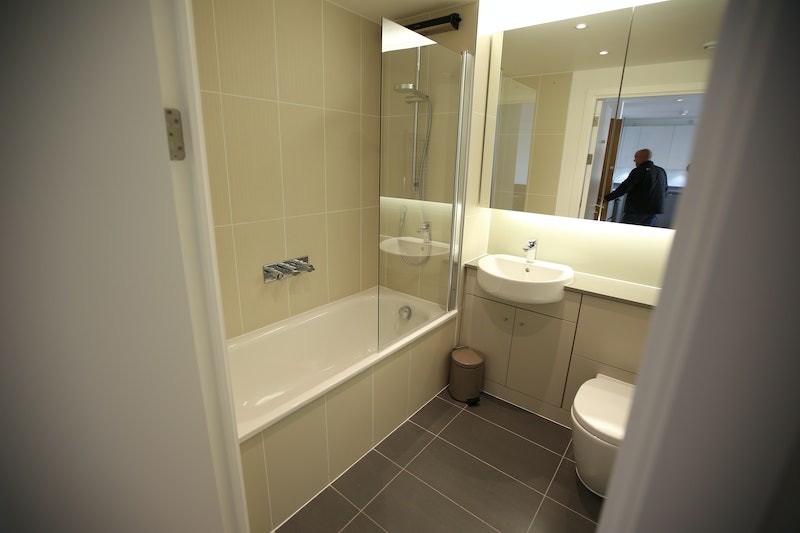 In a disappointing turnaround, a Kentucky Senate committee passed a transgender school restroom law that would require transgender students to use restrooms according to "their biological sex," mere days after an identical bill failed to pass the committee on its first vote. Proposed last month by Republican State Senator C.B. Embry Jr., the "Kentucky Student Privacy Act" not only aimed at banning transgender students from using school restrooms based on their gender identification, it also allowed other students to sue the school for $2,500 upon encountering a person of the opposite biological sex in a bathroom or locker room, if the school's staff permitted or failed to prohibit the action. According to the Kentucky legislature, the bill's objective was to:

The legislation was introduced in response to a move last year by Atherton High School's principal Thomas Aberli allowing a transgender student who was assigned male at birth to use the girls' bathrooms and locker rooms because she identified as female. Backed by the profoundly right-leaning organization Family Foundation in Kentucky, the bill allowed for transgender students to request for special accommodations like a unisex restroom, reported The Courier-Journal.

The legislation had failed to pass last week, receiving one short of the seven votes required for its passage — with bipartisan opposition — in the absence of two Republican lawmakers. But the Senate Education Committee approved the bill on Monday evening after hearing testimony from a student in favor of the legislation. Christina Kelty, a 16-year-old sophomore at Atherton High School, told the committee:

My school's policy places the rights of one transgender student over the rights of many girls. Since a person's gender identity is what they think and feel about themselves versus something that can be physically seen, girls in the restroom have no way to tell if someone is transgender or not.

California recently passed a law allowing students to use the bathrooms that match their gender identification, and there have been no reported incidents of people posing as transgender.

Following the passage of the bill on Monday, pro-LGBT groups rightfully united in their criticism of the committee. The Huffington Post reported that the director of the Kentucky LGBT advocacy group Fairness Campaign Chris Hartman said in a statement:

Unfortunately, tonight, the Kentucky Senate chose to prioritize an issue of discrimination after it was defeated just days ago with bipartisan opposition. Given the number and scale of important issues before the Senate this session, it is shocking the committee felt the need to re-vote on this. It is willful, mean-spirited, and does nothing to move our commonwealth forward.

The situation playing out in Kentucky is a heated one, pitting those uncomfortable with sharing private spaces with transgender students against those who consider such legislation transphobic and an affront LGBT rights. But the bill unquestionably exposes transgender students — many of whom already face disproportionate discrimination — to further bullying and alienation, as such legislation renders them legally unable to express their gender identification.