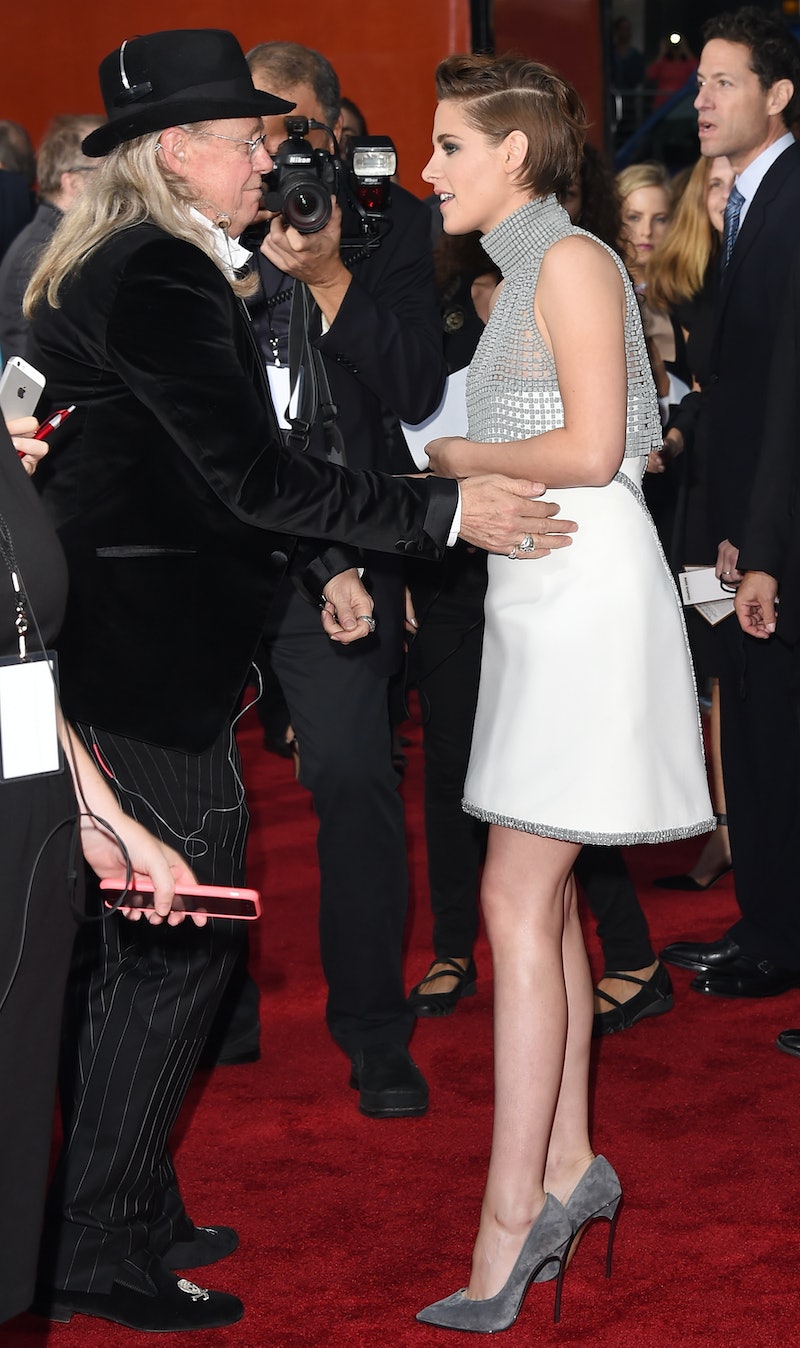 I don't know if anyone ever goes into parenthood thinking that they're about to birth a celebrity. Except maybe celebrities themselves. But even then, you can't anticipate just how big that superstardom might be, so I imagine that the parents of Kristen Stewart are pretty stoked about their daughter's short yet successful 25 years on the planet. For most of K. Stew's years, show biz has played a big part in her life . And, somehow, it hasn't gotten her down yet. She can probably attribute her resiliency in part to the fact that because she's a show biz baby.

The Clouds of Sils Maria actress' parents are Jules and John Stewart. And, though her parents may not be famous like their daughter, they are and have been heavily involved in the entertainment industry. What exactly do they do? You see, not everybody in Hollywood possesses a glamorous, perk filled job like the one actors have. It's the crew of a television show or a movie that does the important yet thankless nitty gritty work and that is where Stewart's parents found their niche.

So, let's break down the jobs by parents. Mama's first!

Jules Stewart is a script supervisor

According to Wikipedia, a script supervisor is "a member of a film crew responsible for maintaining the motion picture's internal continuity and for recording the production unit's daily progress in shooting the film's screenplay."

As per her IMDb, Jules has worked on a prolific amount of movies including high profile ones like Little Giants, Jingle All the Way, and Noah. Her TV credits include, among many others, The Practice, The Sarah Silverman Program, and wait for it... Halloweentown.

She also directed, wrote, and produced her own film called K-11.

John Stewart is a stage manager

Wikipedia explains that tile further saying, "Stage managers organize and coordinate theatrical productions. The job encompasses a variety of activities, including organizing the production and coordinating communications between various personnel (e.g., between director and backstage crew, or actors and production management)."

And, like his estranged wife, according to his IMDb Page, John Stewart has also worked on a plethora of impressive projects like Weakest Link, the 2011 American Music Awards, The Sing-Off, and the Oscars Red Carpet Live 2014. He also co-produced On-Air with Ryan Seacrest.

So you see, K. Stew has been around the entertainment world all her life. Still, I doubt this made any of those Twilight red carpets any less intimidating — nothing could.