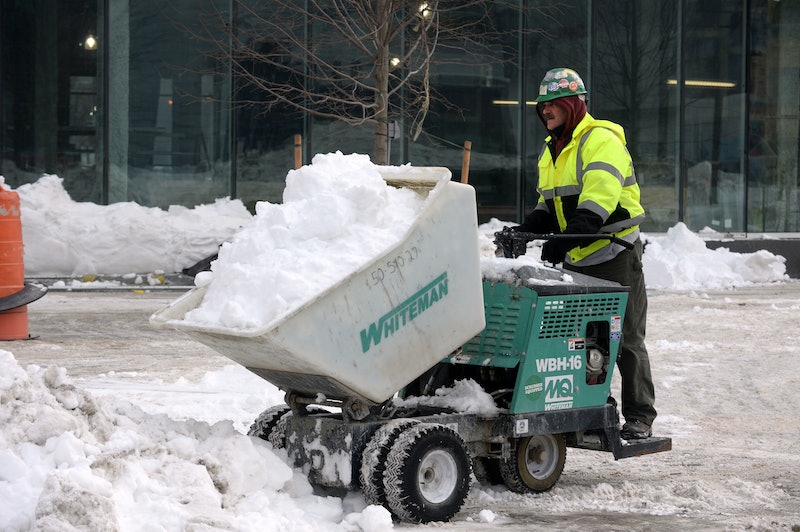 If you live in one of those magical places that never gets colder than 60 degrees and want to experience a real winter, Kyle Waring has your solution: Waring is shipping $89 snow from his Massachusetts home to people all over the country. Six pounds of snow can be all yours for only $89!

Waring's "snow as a service" website, ShipSnowYo.com, is a legitimate business. So far, 112 people across the country have purchased some historic Boston snow. The business began by mailing water bottles filled with snow, but many customers received bottle of — you guessed it — water. Now Waring has upgraded his technique, shipping the snow overnight in plastic bags, wrapped in tinfoil, and packaged in an insulated container. It's even been discounted from $99 to $89 for six pounds of snow. What a deal!

Waring's website explains that the business is an attempt to get some of the 70 inches of snow dumped on Boston in the last few weeks out of the city. "We're drowning in 5 ft. of snow. Trapped in our tiny ass apartments and dealing with 3 hour long commutes... we desperately need your help getting this snow out of our city!" the website says. Waring is ridding Boston of snow one water bottle at a time.

The packaged snow seems to be a big hit. Waring sold out of the four new six-pound products in 24 hours and prepared 10 packages for the Monday release. He told Boston.com that corporations are buying the $89 packages as a joke, while the average person is buying the $20 water bottle of snow.

An even bigger product launched Monday, selling 10 pounds of snow for $119 (who is willing to pay that much to get a box of water in the mail?). "This product was conceived as a joke gift, and includes a 'before' picture of your snow prior to transit," the website says, although the new, larger packaging is "guaranteed snow on arrival."

The snow comes directly from Waring's yard in Manchester-by-the-Sea, about an hour north of Boston. Thankfully the snow-selling business is a side gig for Waring, who works full-time for online game company GSN Games, but he's thinking about extending it to other seasons by shipping fall foliage. Unfortunately for him, most places in the U.S. do have foliage, unlike snow. It's official — you can now order anything imaginable on the Internet.