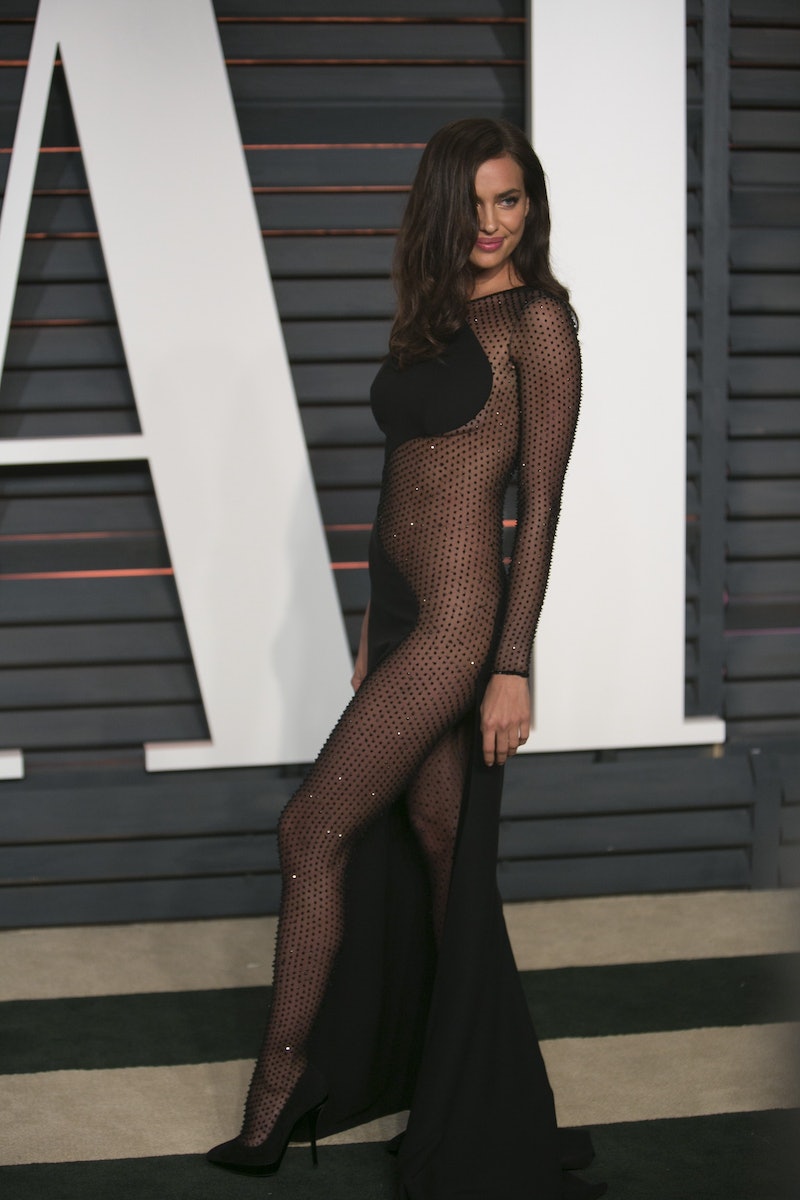 While the Oscars regularly bring out a multitude of elegant and classy styles, the after parties are all about fun and risqué looks. After spending all night in heavy embellished gowns with long trains, celebrities are eager to shake off the layers and slip into something a little more comfortable, shall we say. On Sunday night, some stars took this concept very literally. Rita Ora, Irina Shayk and Gigi Hadid all wore versions of the "naked dress" to the Vanity Fair Oscars after party, and left very little to the imagination.

Ora's dress was definitely the raciest, as it pretty much showed her entire right butt cheek. I'm all for sultry cut-outs and sexy silhouettes, but this dress takes it to a whole new level. Yes, she had a big moment singing at the Oscars and it was sort of her night, but from a side angle she pretty much looked naked, which took it from tasteful to tacky.

Irina Shayk's gown looked very similar to Rita's, and was definitely just as provocative, but was slightly more covered-up. That being said, one slight wrong movement and her entire lady bits would be exposed. The last celeb to rock the naked dress trend on the white carpet was Gigi Hadid, who absolutely nailed the look. As if I wasn't obsessed enough with her style, this dress wins on so may levels. The cutouts are strategically placed to perfectly cover all X-rated regions without sacrificing that sultry factor. She totally killed it.