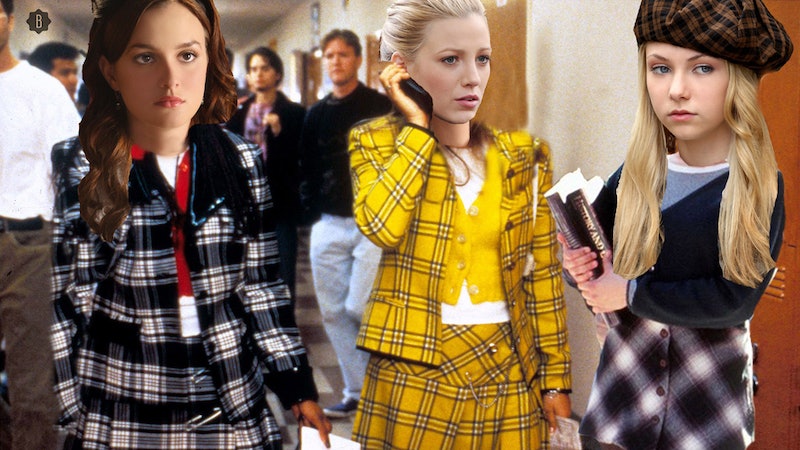 Today my editor asked me if I was a fan of Gossip Girl. I laughed — of course I was a fan of Gossip Girl. I'm not sure I trust anyone who proclaims that they are not. The CW series may have had its ups and downs (ups: Chuck and Blair; downs: anything involving Bart Bass' trade embargo) but that didn't stop me from tuning in a bit obsessively week after week. It was hard not to get sucked into Blair and Serena's romantic entanglements, not to mention fall into a jealousy spiral over their designer duds and hot boyfriends, and I adored the show, even if they painted a wholly unrealistic depiction of New York City and scoffed at the mere mention of my home borough of Queens. And luckily, the cast seems to feel the same way — how else do you explain this Gossip Girl reunion at the Oscars after party?

Of course it wasn't just the clothes and the hot people that I adored so much about the series. As much as I hate to admit it, I kind of loved the idea of a gossip site that turned mere high school students into celebrities — whether they wanted to be ones or not. Gossip Girl came about during a time when social media was relatively new and texting just started to become a true necessity. (Ahh, the simpler times of 2007.)

But, humor me here: With all this '90s nostalgia taking the Interwebz by storm, lately, I have to wonder, what would Gossip Girl have been like if it were set a few years earlier — say, in the '90s? Things would have been radically different... and yet still completely awesome.

"Gossip Girl" would have been an anonymous newspaper column.

Instead of getting Gossip Girl blasts sent directly to their phones (or T-Mobile Sidekicks, depending on how early we were in the show) Gossip Girl would have been a weekly gossip column which would have published secrets sent by — gasp! — snail mail. Blair and co. would have dreaded Gossip Fridays as their shenanigans would have been well-documented by the week's end.

The brand was considered way chic back in the '90s.

The Bass family would have made all their money on Wall Street.

Serena would have dated a member of New Kids on the Block.

Then again, maybe she already did and I forgot?

Jenny would be all about the grunge movement.

...which happened already. It would just feel a little bit more appropriate in the '90s than it did in the late '00s.

Dan would try to be the next Bret Easton Ellis.

He'd also claim that Ellis stole the idea for American Psycho from Dan's own biography on Bart Bass.

...Oh, wait. That already happened, too. God, it must be exhausting being Nate.

The show would have a crossover with Beverly Hills, 90210.

Obviously, Serena would have to choose between macking on Dylan or Brandon. (Spoiler alert: She gets to mack on both.)

There would be an epic theme song.

Because at the end of the day, it really was the only thing Gossip Girl lacked.