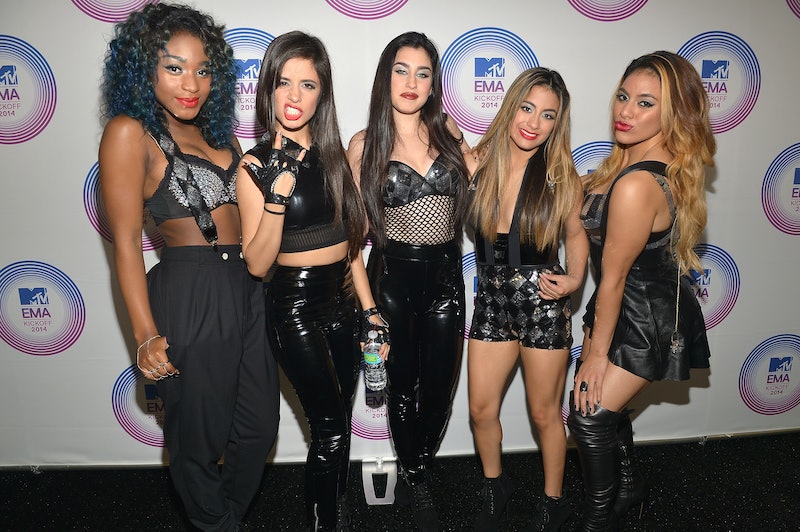 Last week, while in Australia promoting their new album, Reflection, Fifth Harmony covered One Direction's "They Don't Know About Us," and they totally nailed it. Of course, this shouldn't come as a surprise to anyone. After all, Ally, Dinah, Normani, Lauren, and Camila came together on Season 2 of The X Factor in the United States, so they have a lot of practice singing other artists' songs and making them their own. If you're new to the Fifth Harmony fan base, you may not be aware of all of the great songs the group has put their unique spin on over the past couple of years — and now is the perfect time to change that.

On the flip side, if you've been a hardcore Harmonizer since day one, you've probably had Reflection on repeat since it came out three weeks ago (I've listened to "Body Rock" at least 900 times myself), and could use a little breather. Re-visiting some of 5H's best covers is a blast! Not only do these impressive performances showcase the group's powerful vocals, they also highlight their creativity.

Check out Fifth Harmony singing "They Don't Know About Us," plus 7 more of their best covers below.

One Direction's "They Don't Know About Us"

This is one of my favorite Ed Sheeran songs. They definitely do it justice.

Dinah (once again) and Camila are on fire.

It was bound to happen eventually!

This is such a great song.

I'm a big Cher Lloyd fan, so naturally, this one really speaks to me.