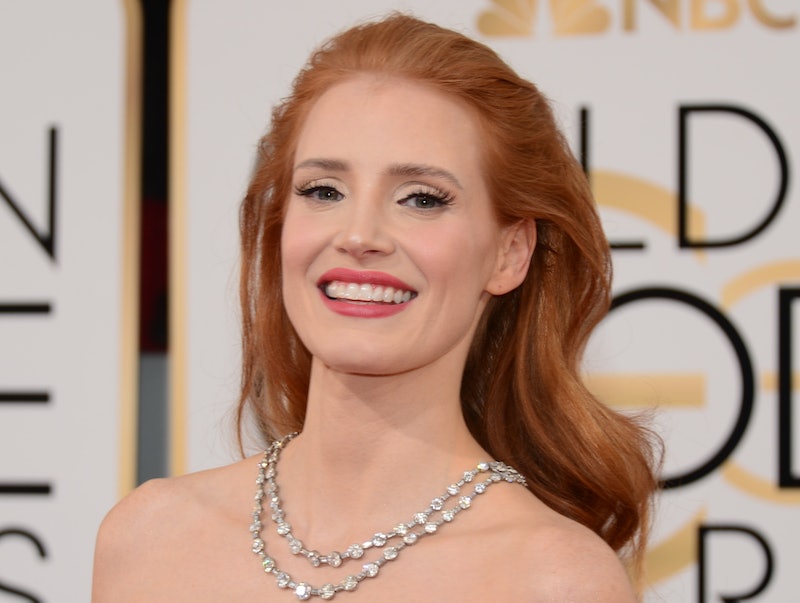 A few months after the release of the first film, its star Kristen Stewart and its director Rupert Sanders were caught cheating on their respective partners (his wife, her boyfriend) with each other. Considering that Stewart was fresh off the massive success of Twilight — and that her relationship with Robert Pattinson had long been fodder for tabloid speculation and fiction — the revelation came along with a flurry of press. Stewart bore the brunt of it despite the fact that she was neither the married one nor the one in the power position, but I digress. Basically, it buried the memory of the movie itself under a pile of gossip lore that it still hasn't shed.

And so, going into The Huntsman, it's not enough that the film shed Sanders as it's director in favor of Cedric Nicolas-Troyan — they need to distract us with other things, too. And so having such a stellar cast, filled with Golden Globe and Oscar nominees and a major Marvel superhero? That's a pretty smart move. That's a lot to focus on aside from the film's sordid history. And we should all be grateful for the distraction.