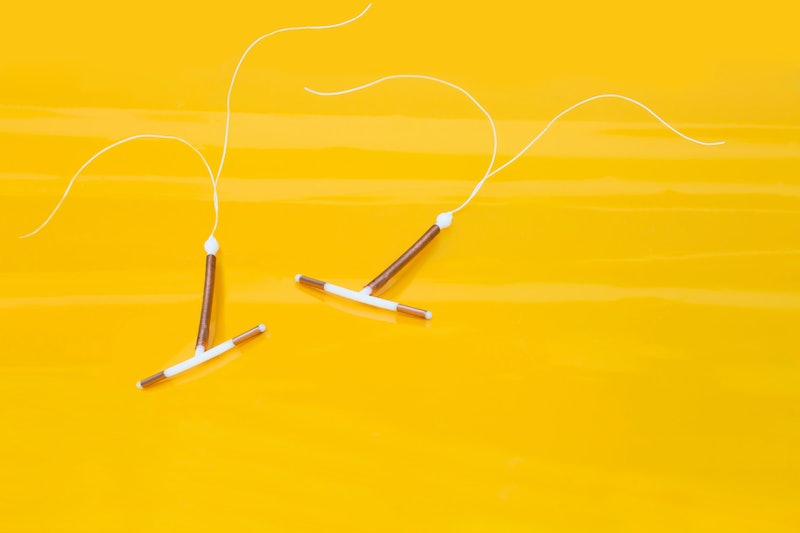 It is a strange coincidence when popularity and usefulness — much less healthfulness — intersect, so in the rare occasion that they do, we are morally obligated to take advantage of the opportunity. Such is the case with the IUD, which is rising in popularity, and has also been proven to last significantly longer than initially believed. So if you were considering a time to get off the pill and go towards a longer-term solution, consider today your lucky day.

According to a report released Tuesday by the Centers for Disease Control and Prevention (CDC), the use of long-lasting contraceptives saw a distinct spike between 2011 and 2013, with 7 percent of women of child-bearing age using IUDs or implants. This represents a 5-point rise from 2002, when only 2 percent of women opted for the longer-lasting forms of birth control. In fact, according to an analysis of the results, women have increased IUD usage by 83 percent between 2006 and 2010 to 2011 and 2013, and implant use simultaneously tripled during this period. This is great news in terms of staying the occurrence of unwanted pregnancies, as both of these forms of contraception are amongst the most effective methods available, with 99 percent prevention rates.

Part of IUD and implants' effectiveness comes from their ease of use. According to the Guttmacher Institute, a stunning 95 percent of unplanned pregnancies result from not using or misusing birth control. And considering that 51 percent of pregnancies are unplanned, the use of IUDs and implants could go a long way in the reproductive world. Whereas daily pills and condoms require vigilant and consistent usage to unlock their full birth-control capacity, long-term contraception is a no-brainer by comparison. In fact, a recent study showed that both these devices remain effective at preventing pregnancy a full year after their prescribed "expiration" dates, and may actually last even longer — up to three years, even.

The more you can take the user out of the equation — if she so desires — the more you’ll be able to prevent unintended pregnancy. More and more people are jumping on the IUD and implant bandwagon because it seems like they might be potentially appropriate to cover for these long periods of a woman’s life when she needs coverage.

This was not always the case, however. In fact, some of the stigma against IUDs and implants still remains today, which may be why more women have yet to adopt this form of birth control. In the 1970s, the infamous Dalkon Shield scandal created a major public health scare around the IUD when this version of the device injured 200,000 women, made many infertile, and ultimately contributed to the deaths of 20 individuals. But young women today, who do not remember the horrors of decades past, have adopted little of the disdain for this much simpler alternative, which may explain part of the recent spike in usage, especially amongst younger women. In fact, women between the ages of 25 and 34 are the most likely to choose long-acting reversible contraceptives (LARCs) at 11 percent, whereas only 5.3 percent of women between the ages of 35 and 44 are willing to take the leap of faith. The youngest age cohort, the 15 to 24-year-olds, are also less likely to use a LARC, at just 5 percent. Still, these numbers are growing across the board, according to the latest figures.

Many doctors have expressed great excitement at this new trend in birth control, considering its extreme effectiveness. In fact, LARCs are almost as foolproof as sterilization, with the key difference of being reversible. Dr. Mary Jane Minkin, professor of obstetrics, gynecology and reproductive sciences at the Yale School of Medicine, told Time Magazine, "I am delighted LARC use is rising. It’s terrific and I would like to see even more." She continued, "[Women] are looking anew at LARC and looking at them for the value they have. People can forget their pills. These other methods take the human variable out of it, and they work very nicely."

Of course, despite the undeniable benefits of using IUDs or implants, there are also some side effects to consider. LARCs do not protect against sexually transmitted diseases, and some women have reported discomfort as a result of the implantation. IUDs can, in some cases, become dislodged, which would obviously offset their pregnancy-preventing effects. And the main deterrent from using IUDs and implants is, indeed, the initial procedure — neither is particularly comfortable. But still, after the first few moments (or in some cases, months) of discomfort, IUDs remain effective for up to 10 years, so as far as bang for your buck goes, LARCs are the clear winners in terms of birth control. And while the pill fails 9 percent of the time, and the condom doesn't work an alarming 18 percent of the time, LARCs have been shown to work at a rate of 99 percent.

So do yourself a favor and jump on the IUD and implant bandwagon. It'll get you far, and keep you pregnancy-free.