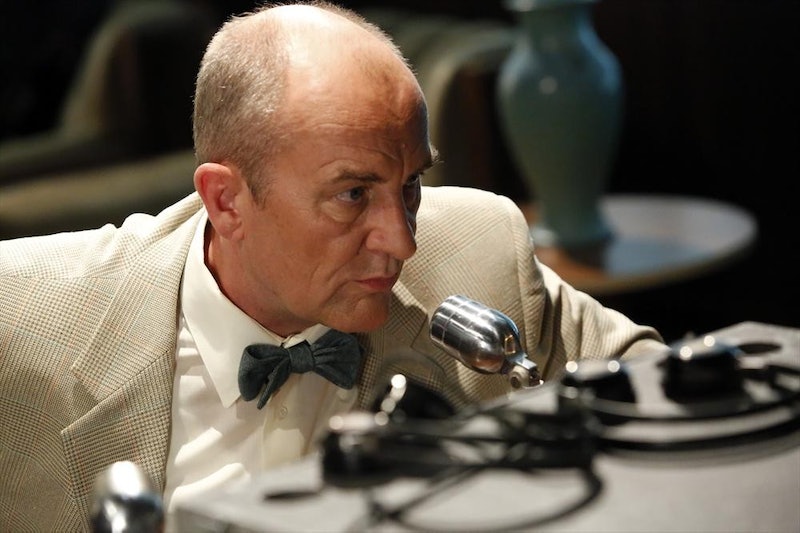 I'm sorry to see Agent Carter end so soon, but that doesn't mean the season finale left us question-free. The final scene of the Agent Carter season finale revealed Arnim Zola. You'll recognize him as the Red Skull's right hand man and the spooky computer in Captain America: The Winter Soldier. We also confirmed that Ivchenko is Marvel's Doctor Faustus, also known as Johann Fenhoff. He was finally arrested and put in an SSR facility with the former Hydra leader as his cell mate. With the benefit of hindsight, I can not think of a more dangerous pair of prisoners. We know that the scientist will ultimately be recruited by S.H.I.E.L.D. and having this hypnotic doctor on his side might explain how easily Hydra is able to take over.

Also, what became of Dottie? She escaped what should have been a deadly attack. Did she go back to Russia? Is she planning on infiltrating another organization? What was with her weird speech about wanting to be a popular Cool Girl like Peggy Carter? For a trained Russian assassin, that seemed to come out of nowhere.

Of course, Zola wasn't the only Captain America character to make an appearance. In the finale, Howard Stark turned himself into the SSR and instantly connected Leviathan's newest acquisition to the Battle of Finow. Item 17 is a gaseous weapon Midnight Oil, which was intended to keep soldiers awake for days and went horribly wrong. His lab was raided and the substance stolen, which is how the mysterious Battle of Finow came to be.

As it turns out, Fenhoff was present at Finow and survived because of a gas mask. He confronted Howard Stark and hypnotized him. In a daze, Stark took off one of his planes with the intent to save Captain America. Howard has been the focus of this season, but he hasn't been present enough to make me care about whether or not he thinks he's a good person. Making the rest of his story about Steve Rogers and their bond was helpful and heartbreaking. However, shoutout to the "rumor" that Howard Stark was hiding at the residence of actress Barbara Stanwyck and that he had Rosalind Russell's number. Stark should be so lucky!

So, now that Dr. Faustus and Zola have teamed up, is this how Hydra begins to rise again through the ranks of S.H.I.E.L.D. and around the world? Zola did emphasize the fact that they are currently being held on U.S. soil.