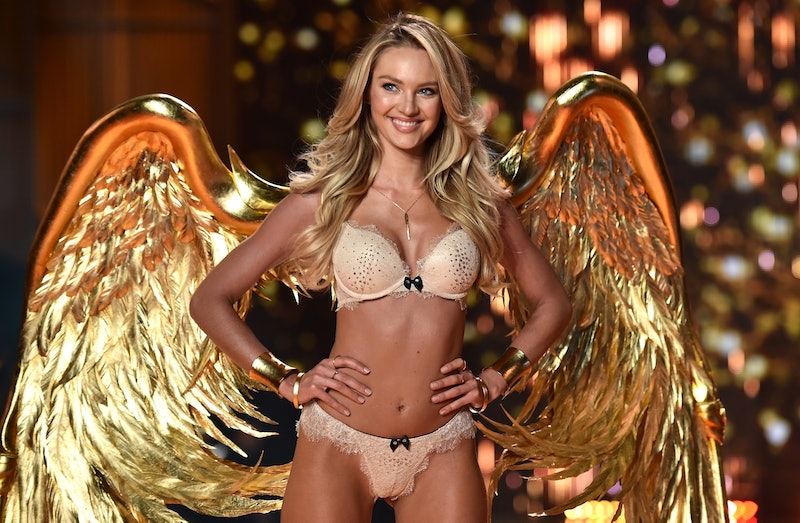 Have you heard about this Thursday night's Victoria's Secret Swim Special yet? Well, it doesn't bear much explaining — it's exactly what it sounds like. CBS is airing a special, behind-the-scenes look at all of the VS Angel fabulousness that goes into the creation of the brand's famous swimsuit catalogue. Set in ultra-picturesque Puerto Rico, it's going to be a show you won't want to miss — and lucky for any fans who can't catch it online, you can stream the Victoria's Secret Swim Special online.

Yep, if you don't happen to have a TV, don't worry, because famed Angel Candice Swanepoel has got you covered: She'll be streaming the whole show (which will be airing at 10 p.m. ET on CBS) on her personal website, OnlyCandice.com — now, how's that for some handy cross-promotion? It will also be available on CBS' website, where subscribers can tune in at CBS All Access (pro-tip: You can also get a one-week free trial, if you're so inclined to try it out).

Now that we've established just how to tune in, why not go over all the reasons it's a total must-watch? So, with that in mind, here are six reasons that the Victoria's Secret Swim Special is not to be missed.

It's An Insider's Look

Haven't you ever secretly wondered what it's like to be a Victoria's Secret Angel? Well, now's your chance to see what it's like (almost) first-hand.

It may only be February, but if you want to get a jump on your beachwear shopping, this special is a good place to start.

Maroon 5 Will Be Performing

Did you happen to catch Adam Levine's performance at the Academy Awards? He sang "Lost Stars," which was nominated in the Best Original Song category. It lost the Oscar "Glory," but it was still a pretty great performance — and now we'll be seeing even more of Maroon 5, since they'll be performing (Levine's wife, Behati Prinsloo, is an Angel, after all).

Juanes Will Perform As Well

He's got 20 Latin Grammys under his belt and he recently appeared on the best TV show ever (aka Jane the Virgin ) — and now he's performing at the Victoria's Secret Swim Special? The man's on fire!

OK, maybe it'll be tough to pay attention to the scenery with all of the Angels running around, but Puerto Rico is flat-out gorgeous — and it's a nice little escape from winter. Besides, according to their trailer, there will be lots of beach shoots, underwater shoots, and even submerged cave shoots!

Now, the question really is, why not tune in?