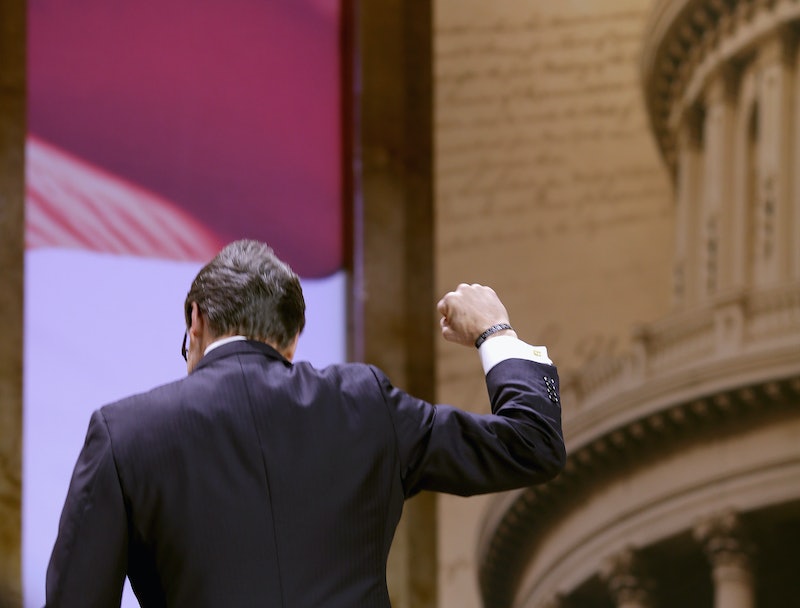 Last week, right-leaning gay rights group Log Cabin Republicans were allegedly banned from sponsoring CPAC. Now, after days of negotiations, CPAC has apparently relented: Log Cabin Republicans director Gregory Angelo will be heading to the conference as a panelist. This is a victory for the LBGTQ wing of the GOP, and a first step of many in making the conference inclusive of all conservatives, regardless of sexual orientation (and yes, it's sad that this even needs to be said).

In a statement released by the Log Cabin Republicans:

Angelo will be speaking on the CPAC panel “Putin’s Russia: A New Cold War?” Also participating on the panel is Carly Fiorina, who's not just the only woman considering a run for the GOP nomination, but also the Chair of a foundation sponsoring the event.

Log Cabin said in its statement that its goal was to provide a "meaningful contribution" and that has now been met, and that "now is the time to make the perfect enemy of the good." Angelo personally said in the statement:

I look forward to bringing the gay conservative perspective to CPAC 2015 on behalf of Log Cabin Republicans, as well as the message that when conservatives focus on unity rather than division, we win.

On the panel, Angelo will have the opportunity to address the horrific abuses committed in Putin's Russia against the LBGTQ community, where offenses are rarely prosecuted, thanks to Putin's notorious "anti-gay propaganda" law.

But CPAC has another panel titled the "Future of Marriage In America," which undoubtedly should have a member of Log Cabin on it. It's unfortunate that a member of the LBGTQ community will not be addressing one of the preeminent issues of inequality in America — which, in any event, is likely to change soon. This shouldn't be overlooked, despite this win for Log Cabin.

Next year opens the door for more progress and a more visible role of gay rights groups at CPAC. As the United States moves closer to marriage equality (you can do it, SCOTUS!), CPAC organizers should certainly include a member of Log Cabin on a panel about it next year. CPAC could and should be a rallying point of unity — ideals of conservatism encompass everybody, whether gay and straight.