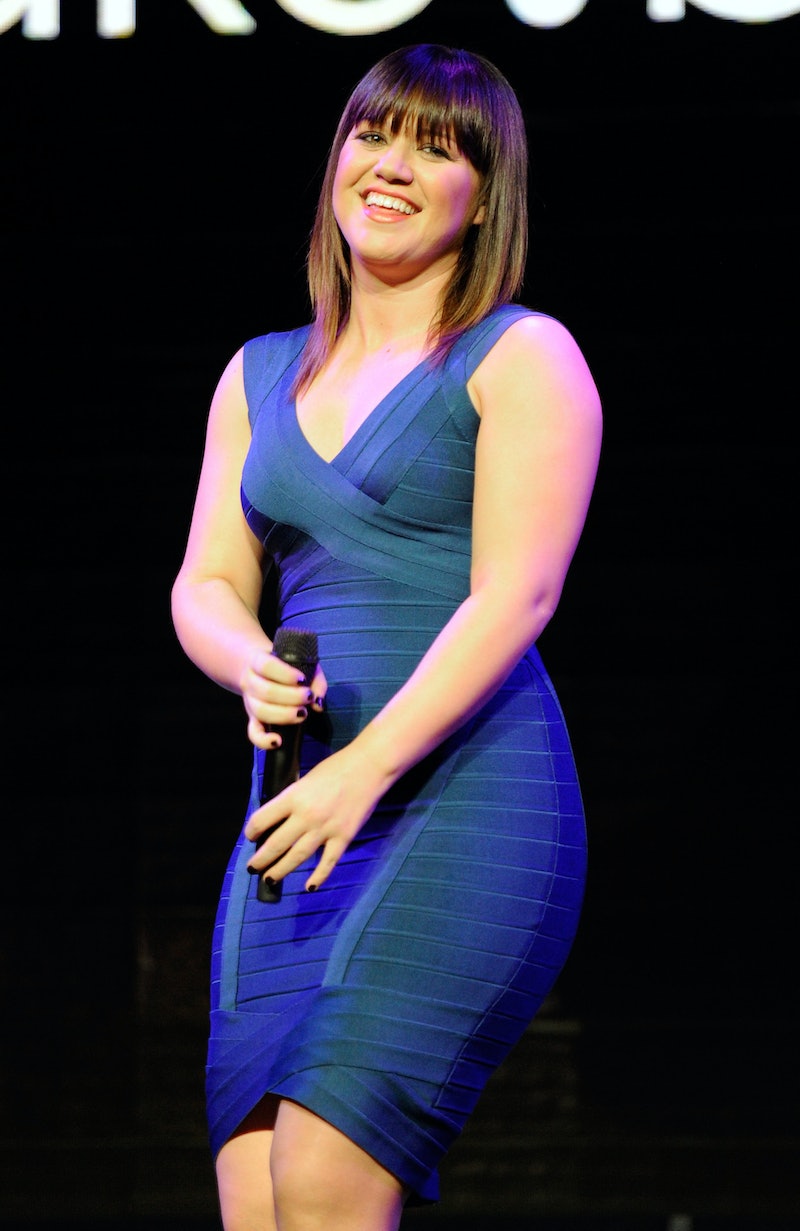 As Kelly Clarkson said herself in one of her most famous songs, some people wait a lifetime for a moment like this. Not only does the 32-year-old singer have a brand new album coming out, she also has a new aspect of her personal life that she feels has changed her in a wonderful way — starting her own family. Kelly Clarkson, who will be releasing Piece by Piece , her first non-holiday album since 2011 on March 3, opened up about how motherhood has given her a new sense of peace and perspective on her self-worth in a new interview with People. She said:

I love what I do, but I feel like I relied on my career a lot for my self-worth. And now I’m more than that. I’m a mother and a wife and have this whole other thing going on.

Clarkson, who became both a wife and a mother of three in less than a year, said in the same interview that in that time, her life had taken a 180, since she didn't expect she would become a mom. She is obviously still career focused, especially considering her emotional reaction when she thought she lost her singing voice as a side effect of pregnancy. But it looks like work is no longer her only priority. It's a positive thing that she is able to reflect on her life decisions and how her past has shaped her, not only in regard to how she dedicated energy to her career, but also in respect to her own broken family and how she hopes to build one of her own, with her step kids, and her adorable baby River.

Clarkson told the U.K. paper Daily Mirror that her parents' divorce still affected her romantic relationships back in 2012. Clarkson's parents split when she was only five years old, and then she saw her mother split with her second husband when she was 19. Clarkson explained that those experiences can make kids of divorced parents feel like they have to work a little harder, since they might think the relationships might not work out in the end. Luckily, it looks like things have been going well for her and husband Brandon Blackstock since their romantic Tennessee farm wedding in 2013.

In the interview with People, Clarkson also said her baby has helped her heal from her less than perfect past, and shift her focus to her new future. She said:

My best friend always says, "You just want to create the family you never had." I might be doing that. In defense of my family, it happens. People fall out of love, and people go separate ways. People are human. I’ve accomplished a lot, but I guess the biggest success I want is that whenever I die people will say, "She was so successful as a mother, and as a wife." That’s kind of my big goal.

Although witnessing multiple divorces must have been painful for young Clarkson, it is a good thing that she is able to look back on it in a mature and insightful way.