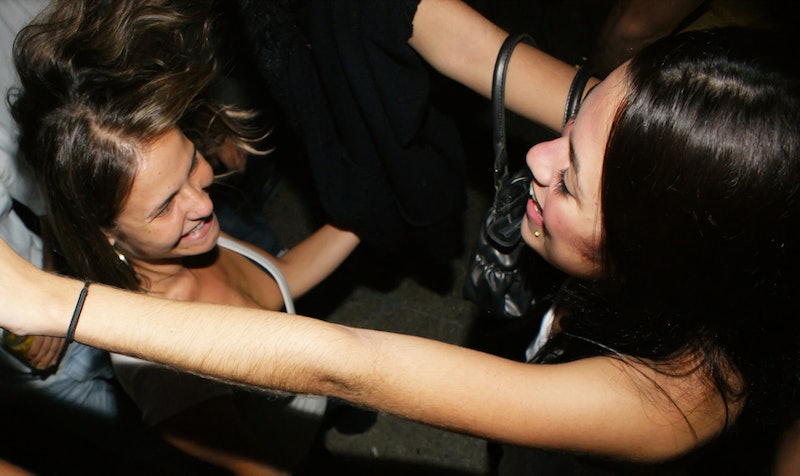 In a world where drinking is really fun, driving culture reigns king, and services like Uber or Lyft zealously apply inflated surge prices right when you need them most, designated drivers are especially valued humans. It's a role that ideally should be rotated among your social circle so it's the same person doesn't get stuck with the responsibility every time (assuming you don't already have a close friend who actually isn't even interested in wetting their whistle with something other than a seltzer with lime, and as such, doesn't mind being the DD, in which case, can I be their friend, too, please?) Honestly, when your rotation as designated driver arises, it can feel like a jury summons—it means you have to do something unsavory but hey, that's part of the trade-off of having friends, and let's be honest, having friends is great. So is being alive and not dead. Thus, designating a sober driver is a good, friendly, life-preserving thing to do, and albeit grudgingly, we do it. (Look, the mom in me needs to at least pretend that you guys never fail to have a DD, so just roll with me on this.)

Although personally I consider it a dreaded duty, designated drivers really are the unsung heroes of our gloriously drunken nights and our even more glorious drunken mistakes. They deserve a reward for their service. We need to dedicate a special treat day for those who voluntarily accept the responsibility freely and frequently, with grace and without judgment upon your drunk ass. Because you know what you don't know until you assume the role of designated driver? The title means infinitely more than refraining from booze and making sure your idiot friends sleep in their own beds. Let's explore some of their lesser-celebrated duties that make them the true heroes they (we) are:

Making sure everyone closes their tabs

It's fairly mortifying but we've all been there. There meaning returning to the scene of the wasted crime the following morning to close out the tab and collect your card. Good DDs make sure everyone's already dealt with that before bouncing for the night.

Keeping the group together

Some folks have a natural wandering tendency. That's fine, but that's not the safest way to get sloshed. DDs hold a tight lasso around the crew to make sure no one gets left behind or mindlessly traipses off into the asphalt horizon with a dude in a fringed leather jacket. Speaking of which...

A sober voice and firm dismissal cuts through creeps like a knife through butter that was left on the counter overnight. And don't forget: Sober vision is much more accurate in evaluating a vying suitor's actual charm and attractiveness. Trust your DD on this one, bb.

"We should visit my ex's bar!" No, actually, we shouldn't. "We should get belly rings!!" Nope. Come here, Drunkenstein. Without this voice of reason, we'd be poked with a billion more holes. (Take that in whichever way is most relevant to you. I don't know your life.)

Until Instagram invents a drunk-proof filter, this is our best bet for clearly cataloguing the evening.

Indulging requests to pose in selfies

They won't be stoked to go all cheek-to-cheek when each of your "h"s emerge like hot little clouds of vodka. But they will, because it's part of the gig. Plus, those photos are always hilarious.

Our brains never think more poetic or existentially than they do when first soaked in margaritas, or at least, that's how we feel whilst wasted. Carrying on a conversation with someone's whose brain is in such a state, guiding it when yours doesn't match, is not a fluid task. It'd be easier to meet such thoughts with mockery, and let's be real, DDs are very often mocking their drunk friends, but they do so in a way that the drunks don't realize they're being mocked. Again, DDs are wizards of the night.

My supreme skill of effortlessly befriending strangers arises only when clutching a sweaty tallboy and waiting to pee. Bible, I used to make a habit of swapping numbers with these new friends in a weak attempt to make that friendship lasting. DDs persevere and treat "Amelia Who Like Lives Kinda Around Here" and "Also Works With Books But OMG We Both Have Wrist Tattoos!!!" like they would your BFF from fourth grade in town for work. That's some honorable work, DD.

Although pre-bussing your table might come naturally to sober you, super drunk nights might lead to your stacked pint glasses resembling Pisa. DD has mercy and does a general wipe down of the booth before settling and splitting. In very, very awful (hopefully rare) occurrences, they may also have to mop up your puke. If this happens to your DD, apologize immediately but also get a dinner date (your treat) on the books like, yesterday. You're an animal, doll.

Sure, they have all the power in choosing which drive-thru wins for the fourth meal, but that also means DD can opt out of the trip altogether. They're in charge of your blackout calories which, sadly, still count. DDs are also excellent at inexplicably knowing where to find you a root beer float at 3AM.

Maybe you just moved and DD has yet to visit the new spot. Verbal directions obscured by the effects of a fifth round make a successful pilgrimage to your place that much more impressive. (In real life, your DD is probably just using Google Maps like you would on any given day, but in your drunken haze, it will seem like they just performed actual magic to find the way home.)

Another hopefully rare event. Should one of you take a nasty spill with both your body and $11 plastic cup martini, it's all on DD to deflect. DD talks for you and convinces the bouncer you slipped in a puddle from a totally fabricated rainstorm and, by the way, they should probably add more thick rugs to their lobby area. High-five, DD—nice persuasion work. This also comes into play when you start telling random strangers how much you love them ("Please stop cornering the nice old lady on the sidewalk, Sandra.), or getting into senseless bar fights.

Maybe you notice all this hard work in the actual moment and want to express gratitude immediately—and demonstratively. Hugs and kisses and loud proclamations of BFFship abound and DD absorbs it because they have no choice. And really—because the friendship is kinda worth it. Plus next week, it's your turn.