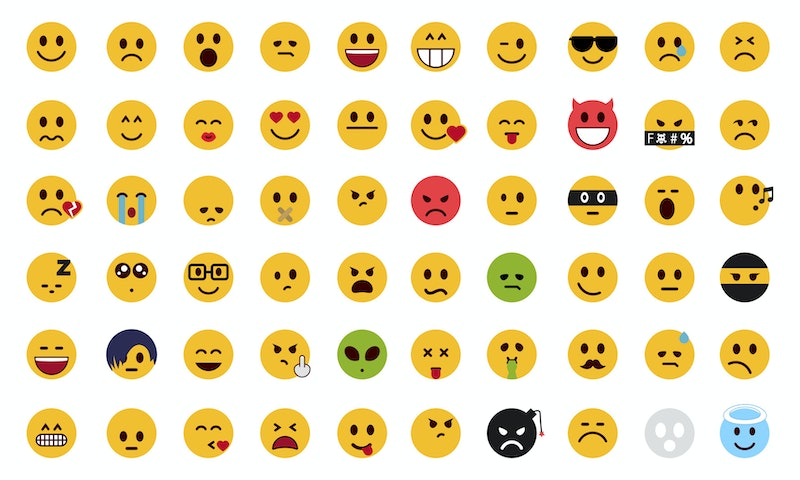 According to The Cut, the time has come to put away childish things. In a Billboard interview with celebrities regarding their favorite emoji, Diplo expressed his favorite is the “eggplant one” — you know, the one that’s “code for stuff.” The stuff, as you may have guessed, is sex. “I do not have the lung capacity to emit a sigh as deep as this warrants,” wrote Allison P. Davis. “If Diplo (or Adam Levine) is really into something, it’s a good sign that the time has come to let that thing go.” This we know to be a universal truth.

But surely we won’t miss it? We still have the peach, the water one that everyone unanimously agrees denotes bodily fluids, as well as the honey pot. Let us not forget the devilish purple emoji with horns. Also, for the not-so-subtle sexter, there’s an app called Flirtmoji — explore at your leisure.But with a whole new batch of emoji on the horizon, should we consider cutting another unnecessary few (or an extension of other emoji favored by Diplo) in addition to the eggplant? Maybe a little spring cleaning of our text ornamentation? Below, a proposed list of emoji to ban — some of which have also taken on their own unfortunate interpretations.

As much as I’d like to believe in the importance of each of these, one is quite enough (and there are approximately four).

2. One of the Two Camels

To suggest eliminating both would be biased, provided the rest of the arbitrarily chosen emoji kingdom. But we definitely don’t need two of the same animal getting the majority of their use to mean either “dry-humping” or “camel toe” teenage boys.

This may seem a little innocuous, but we’ve all debated which emoji-with-a-tear best expresses human sadness. Let’s eliminate the need to ask for clarity on this one.

Just kidding -- this one stays.