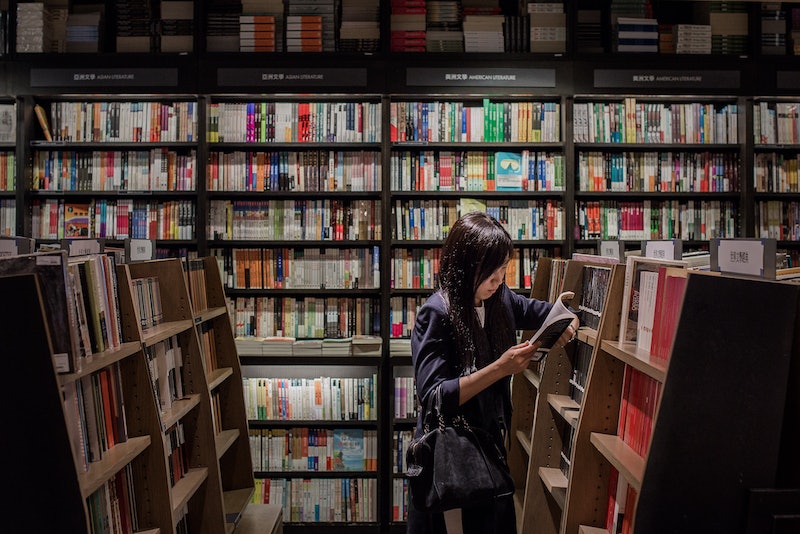 In the wake of the collapse of Borders and the rise of Amazon and e-readers, publishing and education experts everywhere were predicting the downfall of the printed word and the bookstores that sold it. Local bookstores would just become gift shops with a few books lining the shelves you might give your sister for her birthday. E-books would take hold, as readers would latch on to the convenience and accessibility. And if you're talking about Britain and Ireland, for example, the picture would be somewhat correct. There, more than one-third of independent bookshops have shuttered in the past 10 years. But here in the United States, we're seeing a completely different story.

The Booksellers Association is an organization whose members include booksellers across the U.K. and Ireland. In a recent research study, the Booksellers Association counted 50 bookstores in its area closing their doors in 2014. Notably, that 50 included the beloved Ibis Bookshop in Surrey, which is one of the oldest booksellers in all of England. And since 2009, there has been a 25 percent drop in indie bookstores in the U.K. and Ireland. However, the same study showed almost the exact opposite statistics for independent booksellers in the U.S.

It's worth mentioning that France saw a small uptick in indie bookstores, at 5 percent, while the U.K. and Ireland were declining. France has a law fixing the prices of new books which negates any advantage big box stores and Amazon can have over small bookshops when it comes to discounting titles. That, however, does not explain what's happening here at home.

After Borders went out of business, independent bookstores started to slowly reclaim some of that shelf space, according to Publishers Weekly. Sometimes literally, as smaller chain bookstores and indie shops divvied up the larger retail space to open up a small shop paired with a local cafe or pub. And these independent, homegrown bookstores have something that Border's and Barnes and Noble — which has closed several hundred stores — never had: local pride.

Think of Prairie Lights in Iowa City, The Strand in New York City, Politics & Prose in Washington D.C., BookPeople in Austin, Texas, Maple Street Books in New Orleans, Powell's in Portland, Oregon, and so many other beloved local bookstores. They can survive and even thrive on the spirit of shopping local and supporting your own community. When it comes to this spirit, Oren Teicher, the chief executive of the American Booksellers Association, says that "the enthusiasm and optimism is pretty staggering."