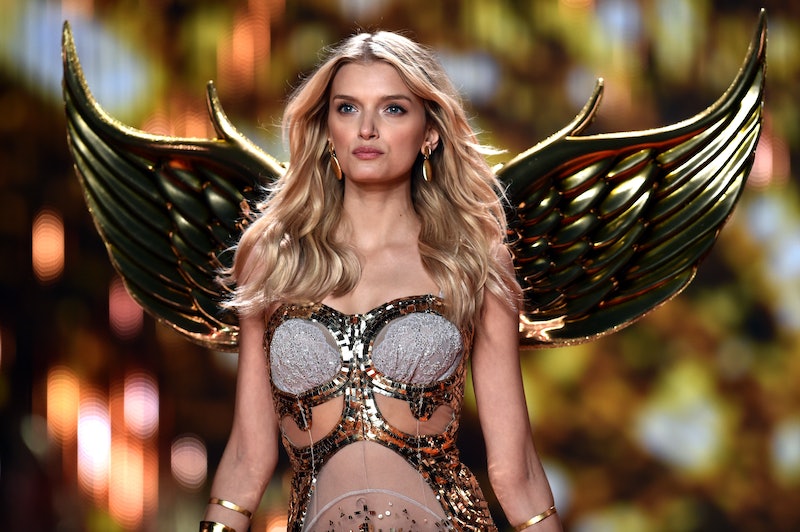 This Thursday night marks the first ever Victoria's Secret Swim Special, which may have some viewers wondering: Does Victoria's Secret actually sell swimsuits in store? It's a question that bears asking — after all, the store's known almost exclusively for their very extensive offerings of lingerie, and sometimes it's easy to forget that they even sell anything else. Besides, the whole point of the upcoming VS Swim Special is that it takes us behind the scenes of the swim catalogue — which would indicate that the suits are sold primarily by means of mail order and internet. That said, if you're more of a shopping in person type, you're in luck — because as it would turn out, they do sell swimsuits (very chic swimsuits, in fact) in store.

They've been selling the suits in store since back in 2008, but there is a bit of a catch: The offerings vary store by store, but they generally don't start selling the suits until we start ramping up to summer — so it might be a bit more difficult to find them at this time of year. They're well worth it, though: As you'd expect from the preeminent lingerie company in the country, they know how to make a good swimsuit, no matter what your needs are. They have everything from the skimpiest, sexiest string bikinis to the most supportive one pieces. So, with that in mind, why don't we take a look at some of their best shopping options for each swimsuit type?

If you're a one-piece kind of gal, this one's a lot of fun: Between the ikat and the statement zipper, it might be just the ticket.

VS can make the tankini, which sometimes gets a bad reputation, look HAWT.

Of course VS offers push-up bathing suit tops; this is the brand that brought you the magical push-up bra that adds two cup sizes, after all.

This geometric bandeau is just the right balance of pretty, chic, and flattering (the underwire provides extra support that will keep everything in line).

It could be time to get in on the monokini trend...

You can never go wrong with the classics.

So there you have it — it may only be February, but that doesn't mean you can't start getting ready for summer!