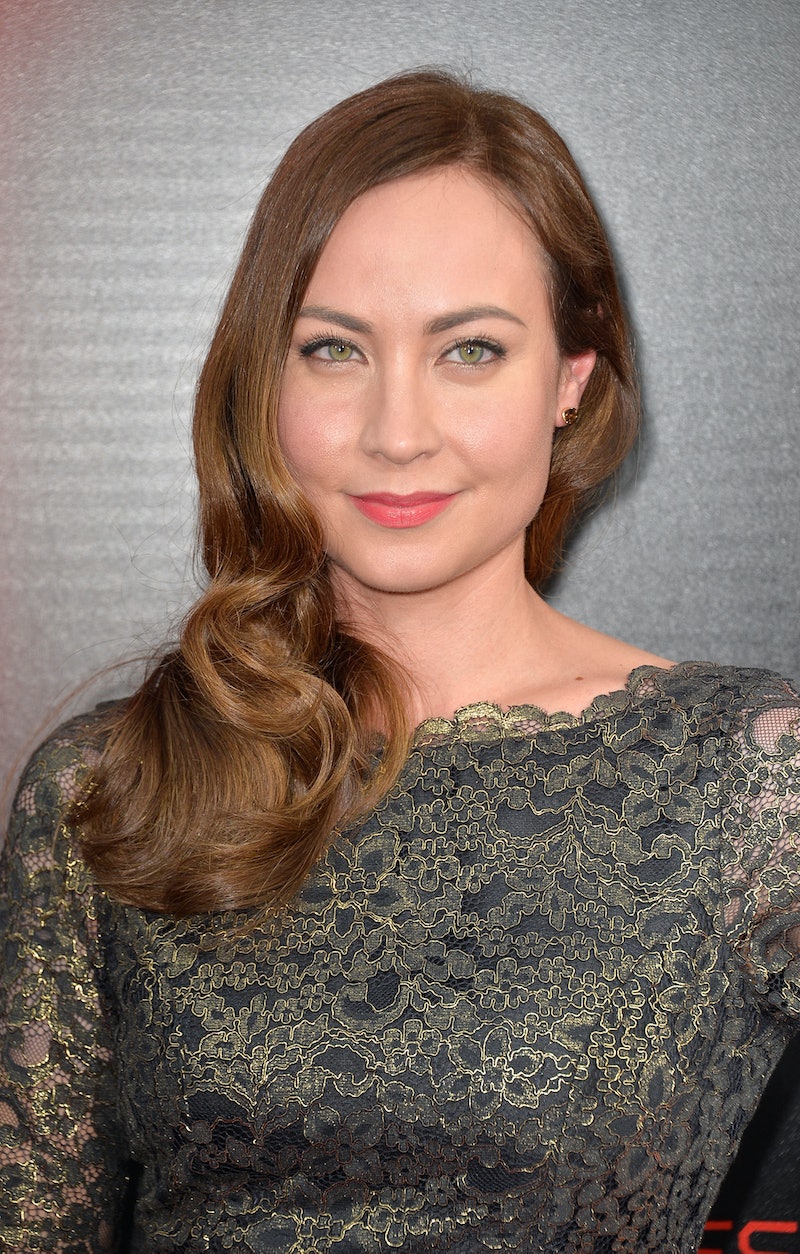 Lifetime TV movies love to explore crazy situations, including the behind-the-scenes drama of beloved '90s sitcoms (see: The Unauthorized Saved By the Bell Story) and a mother going back to college and almost romantically bonding with her young son she gave up for adoption years earlier (see: Back to School Mom). And then there's Kept Woman, premiering Saturday night. A woman named Jessica (played by actress Courtney Ford) moves to a new neighborhood with her fiancé, but then she gets imprisoned in a '50s-themed secret bunker by her creepy neighbor Simon. Sound familiar? It may, because Kept Woman portrays similar events to that of the Ariel Castro kidnappings.

Last year, Lifetime began developing The Michelle Knight Story , a movie based on one of the women Castro kidnapped, but there's no premiere date set. Kept Woman sounds like it tells a similar story, but with some crazy '50s decor creepiness thrown in. Castro, who committed suicide in prison soon after he was convicted, had kidnapped three women and held them against their will in his Cleveland home. He raped the women (and even impregnated them) and dictated every aspect of their lives, from when they ate to how often they showered and went to the bathroom. According to Cleveland.com, the prosecutors wrote that the women spoke "of forced sexual conduct, of being locked in a dark room, of anticipating the next session of abuse, of the dreams of someday escaping and being reunited with family, of being chained to a wall, of being held like a prisoner of war, of missing the lives they once enjoyed, of emotional abuse, of his threats to kill, of being treated like an animal, of continuous abuse, and of desiring freedom."

Though Kept Woman is about one fictional, abducted woman, here's a look at the three real women who bravely escaped Castro's imprisonment.

At age 21, Knight had disappeared on August 21, 2002, the date she was supposed to fight for custody of her son at a coirt hearing. She was lured into Castro's house because he promised her he had a puppy for her son. "He said he was only going to keep me a little while as a friend," she said during a live interview reported by Cleveland.com. "I knew he was lying, but what could I do?" In an interview with Dr. Phil, Knight also said that Castro impregnated her at least five times and he had induced her miscarriages by beating her.

Right before she turned 17, Berry disappeared on April 21, 2003. According to ABC News, Her last phone call of freedom was to her sister, telling her that she had found a ride home from her job at Burger King. From there, she was imprisoned by Castro he went on to keep her imprisoned in his house for 10 years, during which she'd give birth to Castro's daughter.

It was Berry and her daughter who escaped and contacted police to rescue the others from Castro.

DeJesus disappeared at age 14 on April 2, 2004 and was actually friends with Castro's daughter Arlene. Her mother had given her money to take the bus home, but instead she accepted a ride with Castro, who didn't take her home at all.

She was held against her will along with the other two girls in Castro's house (seen in the video above). She and Berry will give their first live joint TV interview to Robin Roberts in April.

We'll have to wait until Saturday night's premiere to see if A Kept Woman gives Jessica a story similar to any of these real women.