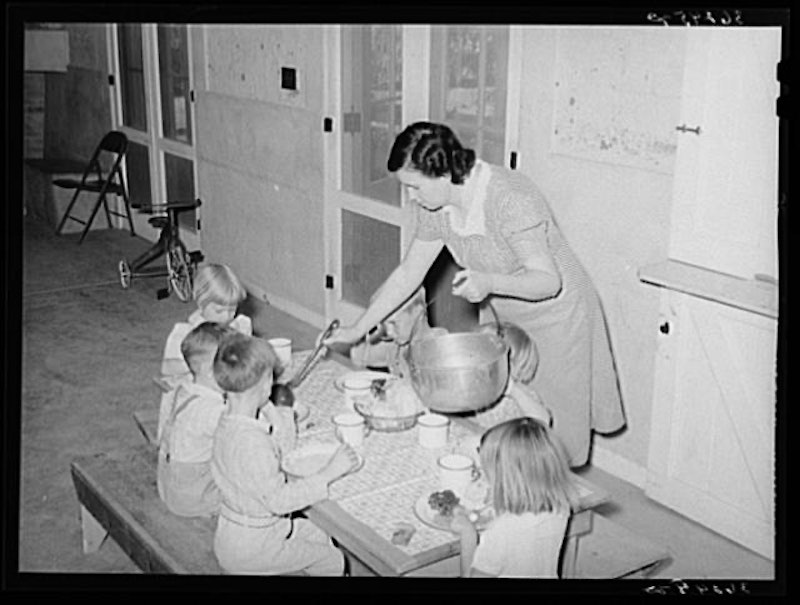 Many of us are trying to cook on a budget these days, and who better to teach us than someone who lived through the Great Depression? In a series of videos filmed between 2007 and 2013, Clara Cannucciari, grandmother of four and certified awesome lady, demonstrates how to cook delicacies of the Great Depression, the economic recession that left millions of Americans in poverty between 1929 and the late 1930s. Clara, born in 1915, was a teenager when the depression hit; in her videos, she recounts how her parents, having just emigrated from Sicily, used simple ingredients and a little creativity to feed their family during the lean years.

In the clip below, Clara shows us how to make a “Poorman’s Meal,” a concoction made up of potatoes, onion, and sliced hotdogs that manages to be hearty despite its small price tag. The resulting meal actually looks tastier than you might expect (and Clara proudly declares that her grandson and his friends love it), but the real reason to watch the video are Clara’s stories of her life in the 1930s. For instance, she describes, “I had to quit high school because I couldn’t afford socks, couldn’t afford anything to wear, but we survived.” According to her website, she went on to work for Hostess, filling Twinkies, in 1935.

Clara passed away in 2013, at the impressive, inspiring age of 98. Her videos share a wonderful legacy of food and memories from a difficult period in America’s history. To see more of her recipes and reminiscences, check out her YouTube channel.