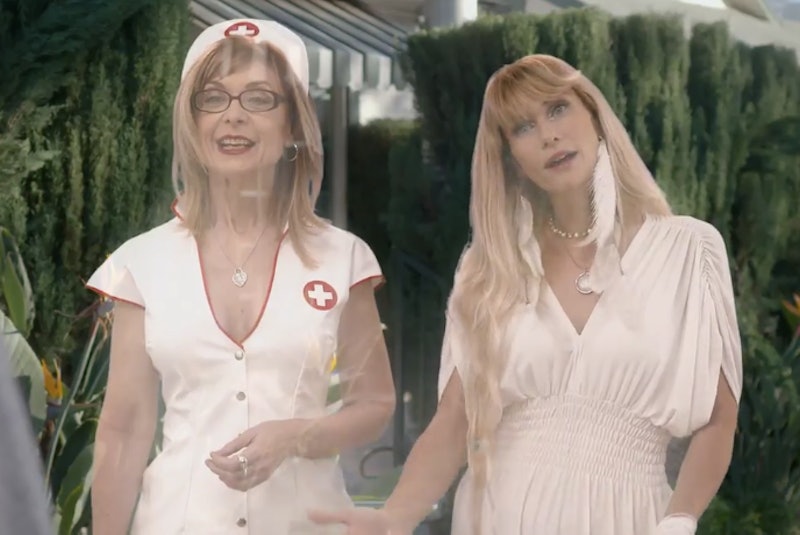 You remember being told female ejaculation is a myth right? For years, we've been told that female ejaculation was simply not a real, attainable feat, according to Science™, that pesky right hand man of patriarchy. Having never vajaculated myself, I wasn't overly concerned with the news, but obviously telling women what their bodies can and cannot do is totally not acceptable, especially when so many women were claiming to be ejaculating all over the place. For so long, that's how it's worked: Some people will be all, "Female ejaculation is not a thing," while women are literally like, "Bro, I am literally doing it right now. How can you say it's not a thing?" The whole issue has largely just felt symptomatic of a lack of understanding about how women's bodies work, stemming from a lack of importance historically placed on female sexual pleasure. ANYWAY, now there's a funny video about all of that.

Funny or Die pretty much hit the clitoris on its controversial head with their video, "How To Vajaculate: If You Build It She Will Come". Written and directed by Jill Soloway and starring Wanda Sykes as the voice of Lady-God, the video sees Mel Shimkovitz, guided by visions of adult film star Nina Hartley and Maja the White Witch of LA, build a giant vagina in her front yard, crawl inside it, find the g-spot, and pet it until the whole thing erupts in a gushing flow.

The point of the video is to empower the female orgasm, in light of the fact that being told women can't ejaculate has been horribly disenfranchising for female sexuality. The video ends with the note, "Some people can vajaculate and some can't. Women owning their desire and pleasure is the real revolution." Which is precisely what is being disallowed when women are told they can't even after they very expressly have. Watch below, vaguely NSFW, depending on where you work. (There's no nudity but there is a giant pinata in the shape of a vagina so, like, judgment call.)

And now for what we're all secretly thinking:

More like this
Bumble's "Compliments" Feature Lets You Message Before You Match
By Lexi Inks
Bustle Newsletter: November 18, 2022
By Bustle Editors
Wimbledon Alters All-White Kit Rule Amid Candid Period Discussions
By Catharina Cheung and Rachel Mantock
The 10 Memes That Defined 2022
By Alexis Morillo
Get Even More From Bustle — Sign Up For The Newsletter