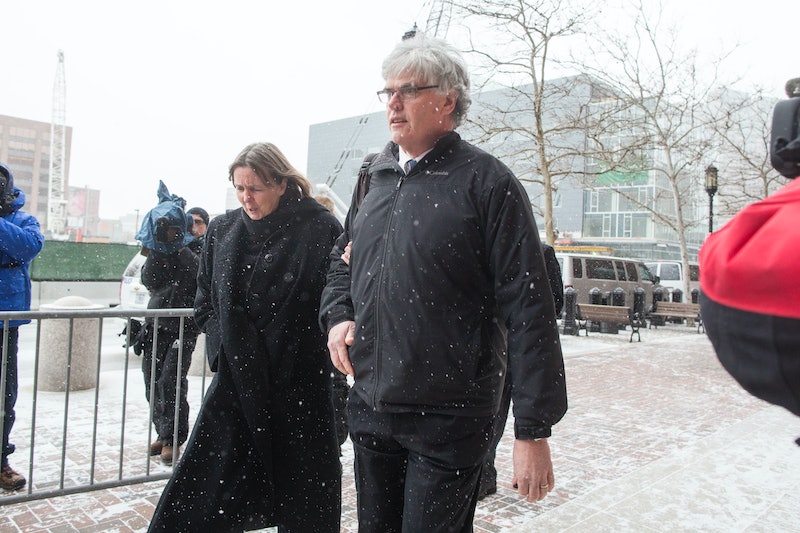 The Boston Marathon bombing suspect trial was never going to be straightforward. In what will be a painful episode in the city's history, the trial will test the legal ability of Tsarnaev's commanding defense team, many of whom are skilled lawyers in their own right. But perhaps the outcome of the trial will rest upon the prowess of one woman, Judy Clarke, a celebrated attorney leading the defense team, whose list of former clients include some of America's most abhorred criminals — Unabomber Theodore Kaczynski; Jared Loughner, convicted of killing five people and a federal judge, as well as injuring 13 others, including Rep. Gabrielle Giffords; and Atlanta Olympic Park bomber Eric Rudolph to name a few.

At its onset, the trial faced a number of complications: the city was crippled by historic snowstorms, the defense team's many last-ditch appeals to move the trial's location were repeatedly denied, and the painstaking jury selection process saw the court interview more than 250 people, many of whom already held fast to the belief that the suspect Dzhokhar Tsarnaev was guilty — further proving to the defense team that an impartial jury could not be found in Boston. But since it was announced that the court finally settled on a pool of 70 potential jurors, the Boston bombing trial is set to begin next week.

Known for getting life sentences in death penalty cases, the North Carolina-born Clarke has been called "the most low-profile high-profile attorney in the country," what with her low-key style and a seeming distaste for members of the media. Her penchant for taking on incredibly tough cases has built her a reputation for being a brilliant lawyer, one especially adept in death penalty cases.

Those who know her pointed to a unique ability to connect with her clients on a deeper level. David Kaczynski, the Unabomber's brother — who was the one to turn him — said that Clarke managed to see Kaczynski as a human being when he was scorned by the rest of the nation. David told theWashington Post:

During a time when the world was focused on my brother as a monster, she was able to see him as a human being and provide him with that kind of human contact and emotional support at a time when he had very little sympathy from anyone.

She really sees each human being as a human being and defines them not in terms of what they may have done or how sick they may be or how fanatical they may be, but through a kind of human core.

In a rare public speech at Loyola Law School in 2013, Clarke told the audience that her clients, no matter how awful the crimes they were accused of, were real people, not monsters, and expressed her opposition to the death penalty — a conviction that still shapes her cases today. Referencing her client Susan Smith, a South Carolina mother who murdered her three children, Clarke said:

And perhaps telling of the honor she deems to her very particular line of work, she added:

Our [death penalty] clients are different. We should enjoy the opportunity to step into their lives. It can be chaotic. But it's a privilege to be there as a lawyer.