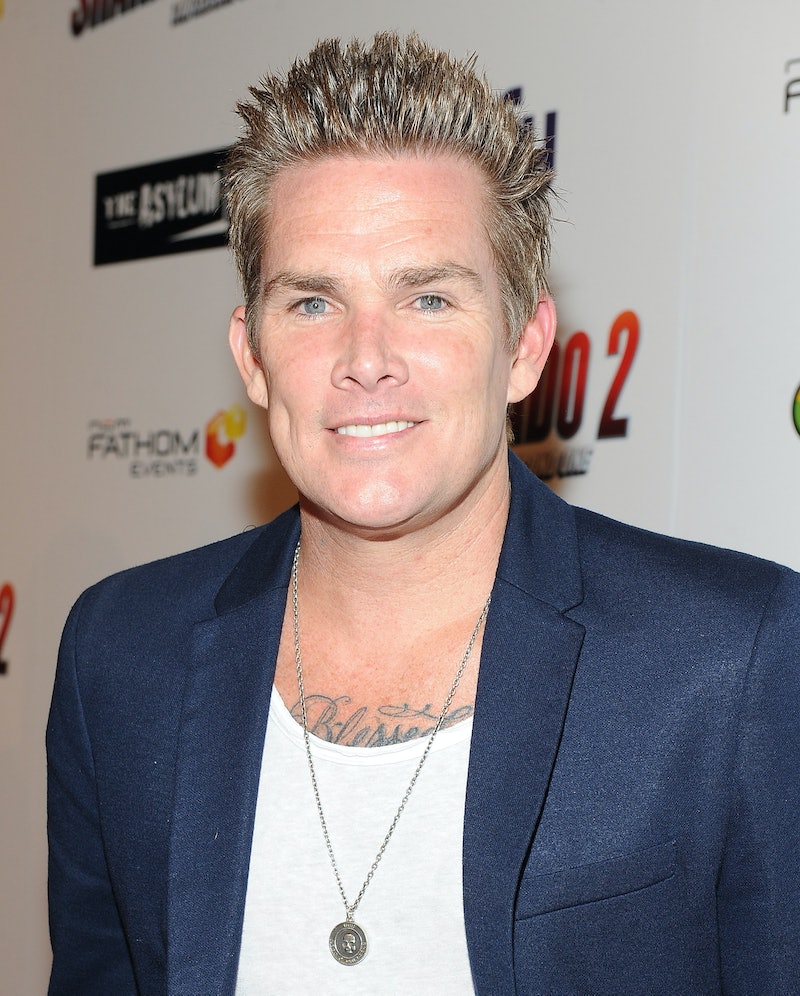 When you logged into social media today, you may have been met with shocking news about Sugar Ray's frontman. But is Mark McGrath dead? The short answer is no — the singer is just the latest victim of a death hoax. We received a press release about McGrath's death on Thursday morning that made us scratch our heads, and thankfully, it's all fake. Read it below:

"Musician Mark McGrath has died at the age of 46. McGrath was on set filming the second season of entertainment show Hot Package, when he was confronted by a masked gunman and shot several times. The former Sugar Ray frontman died in the arms of his co-host Derrick Beckles on the Hollywood set of the show.

In honor of Mr. McGrath's legacy, his team is asking in liu of flowers, fans post a Sugar Ray Selfie, holding a packet of sugar over their heart. #RIPMARKMCGRATH."

Adult Swim confirmed to Bustle that Hot Package is not currently in production, and that they do not know where the press release came from. The PR company who sent out the original blast, Prismatics, later wrote an update to confirm that this is just a storyline on Hot Package's Season 2 premiere, airing Friday at 12:30 a.m. ET. They promised that in real life, McGrath is "alive and well" and he's just killed by a masked gunman and dies in Beckles' arms on the show. McGrath has not responded on Twitter yet about any of the above.