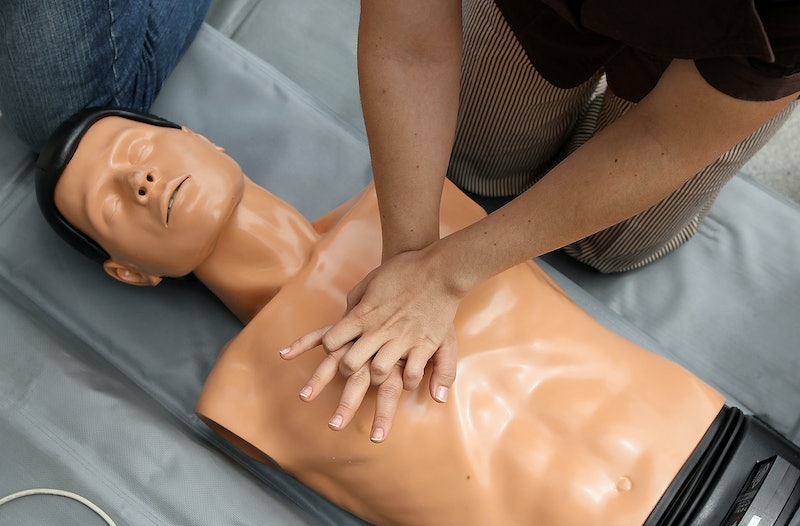 Although we often think of heart disease as being something only seniors need to be concerned with, 15,000 women in the United States die from it every year. Women often delay seeking emergency medical care for their condition and it's often because women don't know the signs of a heart attack, a new study finds.

Judith Lichtman of the Yale School of Public Health says that women often ignore the signs of a heart attack and this is something the medical community has known "for a while." A new study published in Circulation: Cardiovascular Quality and Outcomes looked into the reasons why women will put off getting treatment, using 30 women 55 and under who had suffered heart attacks for their research. Lichtman says that in their research they found "A lot of them talk about not really experiencing the Hollywood heart attack." This makes sense though, as those dramatic heart attack symptoms are more commonly seen in men. Women on the other hand, often have more subtle symptoms like nausea. Of the women they studied, most didn't think what they were experiencing was a heart attack and didn't seek immediate treatment because they feared being judged. Lichtman comments on this, saying "Women may experience a combination of things they don't always associate with a heart attack...We need to do a better job of empowering women to share their concerns and symptoms."

Several women in the study also said they were misdiagnosed at first by their doctors, bringing this issue back to the lack of information about heart disease and women that's available. Cardiologist Dr. Nisha Parikh says this narrative isn't rare, saying "I take care of young women who have heart disease, and this story is very common." Heart disease is the third leading cause of death for women ages 35-44 and the second leading cause for those 45-54. Despite this though, most research on heart disease has been focused on men and tools that have been created to test for and treat heart diseases are centered around men's bodies and don't always work well for women."Historically we thought of heart disease as sort of a man's disease," Parikh comments.

Much of the work that needs to be done comes down to empowering women. The study also focused on the importance of women's empowerment, since women are often not taken as seriously as men by doctors. Cardiologist Dr. Jennifer Tremmel says that this is a huge problem in medicine, stating that "This is an ongoing issue in the medical field, and we all have to empower women patients, so they know that they need to not be so worried about going to the hospital if they're afraid there's something wrong." Let this information empower you to seek medical intervention immediately if you're experiencing female signs of a heart attack.

More like this
Here’s Where The NHS Nurses’ Strike Currently Stands
By Sophie McEvoy
Pret & Costa’s Coffee Is The Strongest On The High Street, According To Which?
By Sam Ramsden
6 Organizations Fighting Police Brutality That You Can Support Right Now
By Syeda Khaula Saad and JR Thorpe
11 Exercises For Dowager's Hump That'll Help Your Neck Posture
By Carolyn Steber
Get Even More From Bustle — Sign Up For The Newsletter
From hair trends to relationship advice, our daily newsletter has everything you need to sound like a person who’s on TikTok, even if you aren’t.