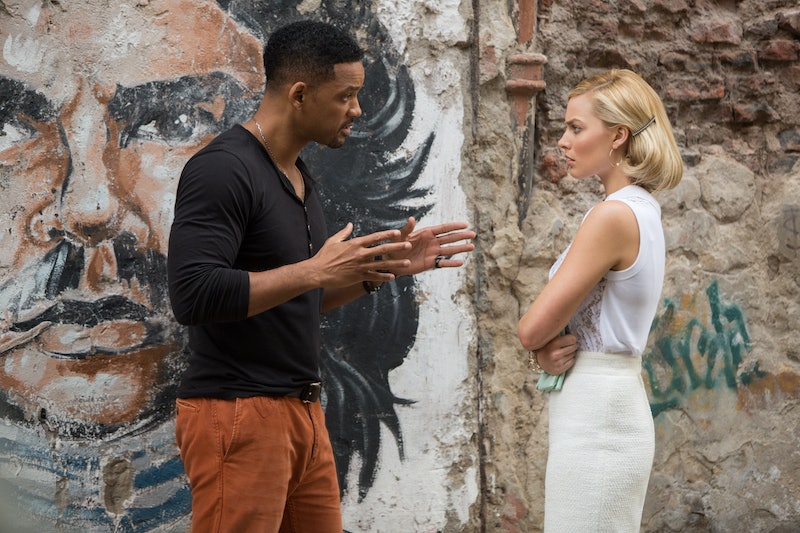 There was a time when the phrase “new Will Smith movie” was hallowed language. For a decade and change, the actor enjoyed an unparalleled draw on the American public, rendering his NBC sitcom a longstanding ratings giant and his big screen ventures guaranteed box office smashes. He even laid unofficial claim to July 4th weekend, among the most valuable of holidays in the realm of blockbuster cinema. This was a different time — a time more or less synonymous with the ’90s, though Smith did indeed enjoy some healthy run-over up until about 2007 or 2008.

But, even in light of sustained ticket sales, these later years saw a chipping of Smith’s reputation. The gradual decline of his stardom, introduced by Men in Black II and observed in stages over I, Robot, I Am Legend, and Hancock all but outright exclaimed that America was losing its affection for he who was once called the last movie star. Ultimately, Smith’s fate was sealed with the bombastic failure After Earth. And now, we’ve reached the point at which there’s a good chance you haven’t even heard of his new movie hitting theaters this week: the con artist drama, Focus . And we might be able to guess the reason why.

In Focus, Smith is, per tradition, playing up the bravado. He’s not going full Fresh Prince or Hitch, but his conman character Nicky Spurgeon is hardly a departure from his usual showboat routine. The story sees Nicky, a seasoned criminal with charm to spare and a heart of gold, taking wannabe crook Jess Barrett (Margot Robbie) under his wing, overcome unwittingly by affection for his protégée in the process.

But the romance that unfurls might leave a nasty taste in your mouth. Not because of the couple’s proclivity for swiping wallets off of innocent passersby, but because of the way that Smith’s character — and the movie on the whole — seems to feel about women.

Peppered into the film from start to finish are casual suggestions of Focus’ regressive vantage point on the opposite sex (and I say “opposite” because of just how deliberately the movie takes its position in the male perspective). Spurgeon waxes poetic on the vulnerability of women on the whole. Adrian Martinez, playing an ally to Nicky and Jess, enthralls the latter with a perverse joie de vivre that toes the line of real world sexual harassment.

Now, Focus will not call rivalry to Robbie’s last big feature, The Wolf of Wall Street, which (although aiming to satirize the chauvinistic lifestyle depicted therein) prompted a barrage of enmity from those taking issue with its rampant objectification of women. The new movie’s malignancies are small scale and subtle, guilty more of a rooting in backwards psychology than in an aggressively sexist agenda. But that vein-deep predisposition toward ideas that are so publicly out of fashion, and the apparent ignorance of this fact altogether, is in some ways an even more emphatic undoing. And it’s no coincidence that this is happening in a Will Smith film.

Though one of Hollywood’s chief purveyors of family values off screen, Smith has, since his Fresh Prince days, upheld a consistent devotion to a certain breed of machismo. Distinct from the callous action stars that defined masculinity in an era before Smith took way, his brand is based less in “toughness” and more in charm and one-upmanship: a definition of masculinity very much associated with the 1990s — look at the era’s film and television heroes, the music, the fashion, the president! It was a time entrenched in the peacock mentality, and one as such that “graduated” women from damsels to be protected to a plateau of prizes to be won.

Even today, at age 46, Smith can’t seem to emancipate himself from the boyish bravado that defined his ascension to stardom on the NBC lineup. In Focus, his character approaches women as a separate species; you have to play them or protect them, and sometimes one to do the other. And while the sort of character Smith upholds in his latest film might well have sold in 1995, today it seems decidedly out of date. Less offensively so than downright pitiably.

Smith has made a few bad choices in recent years. You can blame poor writing for the ultimate fate of original superhero flick Hancock, and some curious marketing for that of Seven Pounds. His public devotion to Scientology sure didn’t help his image; After Earth, a veiled metaphor for the religion, failed for any number of reasons. But Smith’s adherence to a long dead form of masculinity is an indication of something: he’s not growing or changing, and we’re noticing it. There’s a reason the world left that kind of bravado back in the 1990s.