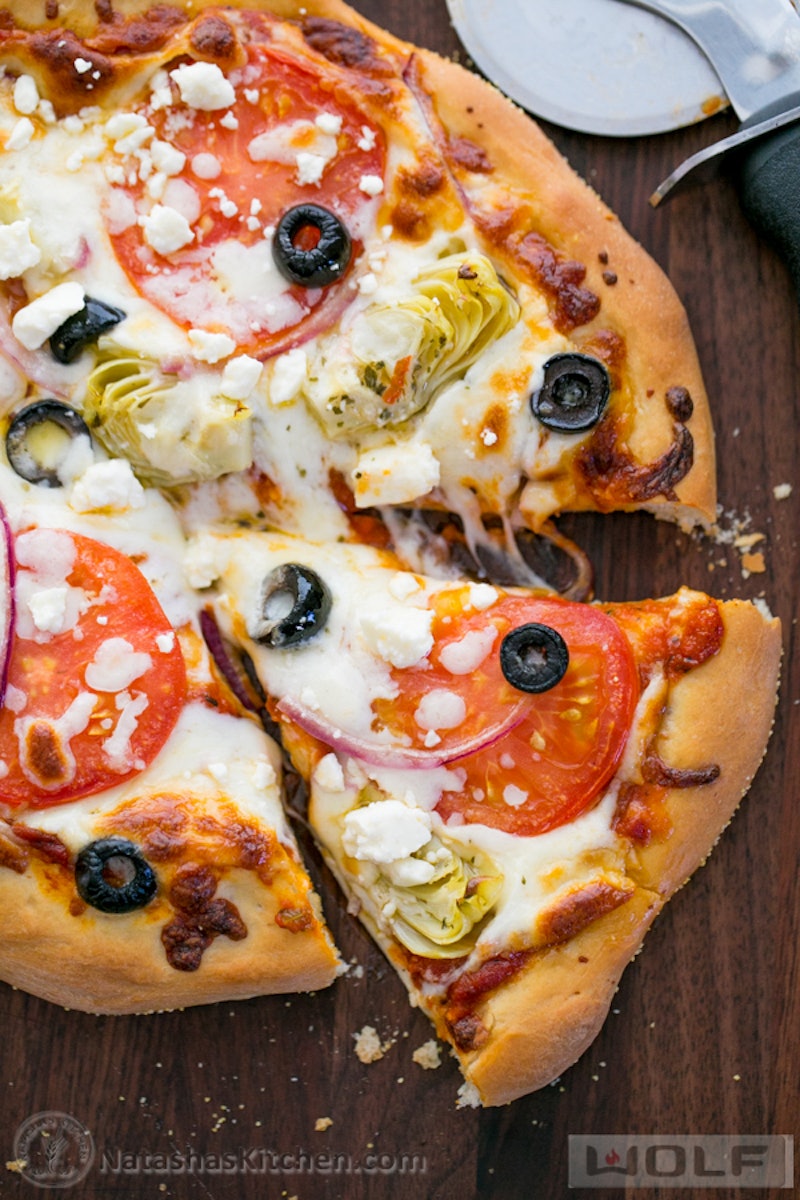 There are some foods that you feel like you could just eat all day, every day, and never get sick of them — and it turns out you might be right. According to science, there are lots of foods that are addictive in much the same way that drugs are, and pizza is the most addictive food of all. I believe it; I ate pizza probably every day through most of college.

According to a study conducted on students by researchers at the University of Michigan, being addicted to food isn't as out there as we might think. The researchers asked the students about which items they considered to be "problem foods" and about their own eating habits. Unsurprisingly, they found that lots of students reported having trouble resisting foods they knew to be unhealthy. Although only 7 percent of the students met the full criteria for having a food addiction, a full 92 percent reported a desire to quit eating problem foods but being unable to do so.

In other words, food is addicting. But which foods are the worst for your self-control?

Well, according to the research the foods that are most likely to hook you are the ones that tend to have concentrated doses of components that can be absorbed quickly by the body. Not coincidentally, is part of the reason why drugs and alcohol are addictive. As Mic.com explains, "You're more likely to develop an addiction to alcohol because it contains the concentrated addictive substance ethanol. ... In the same way, the concentration of sugar tends to be much higher in processed foods than in fruits."

And indeed, the most addictive foods according to this study are all processed foods. But don't worry if you see some of your favorites on the list. We've come up with a few ways that you can make these foods less addictive by balancing them out with something, thus not consuming them in highly concentrated doses anymore.

You knew pizza was going to be the number one item on this list. And you also know that it's too tasty to give up. So to make it less addictive, try eating it with a salad — and not one of those Caesar salads they sell at the pizza place that probably has more cheese than lettuce. Go with something cheese-less and packed with veggies and other plants. Plants are good. Plants are not processed. Plants disrupt the addictive properties of pizza.

Chocolate is delicious, and also mostly sugar. You can try to fix that by eating more dark chocolate, which has a higher ratio of cacao to sugar and milk. And the higher the percentage of cacao, in general, the better. But you can also try mixing it up by eating your chocolate with things, especially fruit. Try only eating chocolate if you also have strawberries or bananas or even apples to eat with it.

The study doesn't specify if they're talking about tortilla chips or potato chips but I'm going to be a radical and suggest that you swap wither of them out for veggie chips. True, they're still processed and depending on the brand they're still fried, but they also have more nutrients, which means they're going to be less addictive than regular chips given that they're not straight fat and starch.

Cookies are great — so great in fact that you can probably eat an entire box of Oreos in one sitting before you even realize what's going on. But to keep that from happening, try actually drinking that milk your dunking them in, instead of just using it to get the cookies damp. A little milk soaked into the cookies isn't going to dilute the sugar, but a couple big gulps per cookie might do the trick. Plus it'll help you fill up faster and be less hungry for cookies anyway.

Ice cream is delicious, and also packed with sugar, and also addictive. So to make it less addictive try loading it up with fresh fruit or nuts. And when I say "load it up" I mean serve yourself about as much fruit as you have ice cream. Mother nature provides better flavor than the synthetic artificial flavoring in the ice cream anyway. And definitely skip the Oreo toppings, or the gummy bears. That's just more processed sugar, and it's just going to make you more addicted.

So there are my suggestions. Try experimenting to see what works for you!