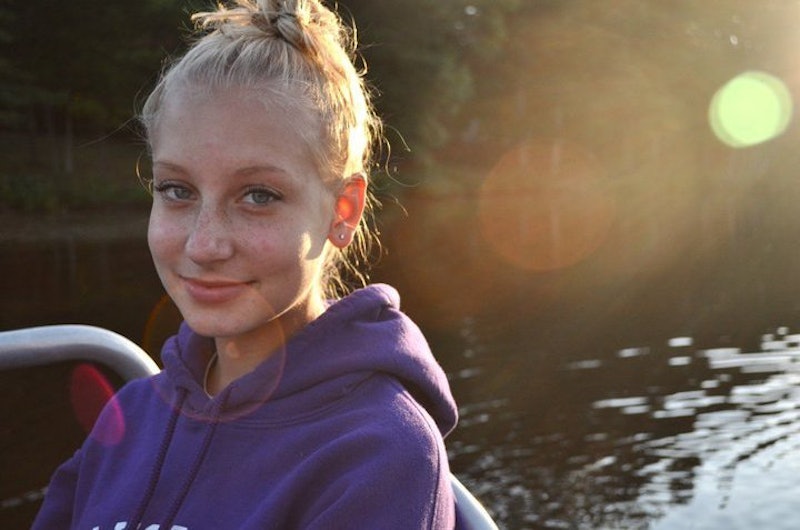 I knew we were going to have a problem when the dean of my university asked me how many more years I had until I graduated — and I responded with "two weeks." His response was a quick chuckle as I reassured him that I know I look younger than my age. He wasn't the first to make this mistake, and he certainly wouldn't be the last.

After graduating from college, it was time for some job hunting. As I would do informational interviews over Skype, potential employers would ask "When did you say you were graduating?" multiple times, no matter how much I reassured them that I was out of school.

The problem hit full-blown crisis status when I started acting as the co-interim high school youth pastor at my church. It was now my responsibility to lead young men and women in high school through Sunday school and lead Sunday night youth groups. Although I introduced myself just moments earlier, I had students coming up to me asking what high school I went to and how old I was. I forgot high schoolers brains were like bouncy balls — you tell them something and then their mind goes back up in the air. (Disclaimer: I love high school students. They're the coolest and maybe most powerful people group on earth. And I've said this to their face.)

So when I told them that I graduated high school four years ago, and just graduated college and am actually 21, I saw too many mouths drop. But who can blame them? My face hasn't changed a ton since the photo below.

That's me, on the right. Same hair length (though I went through a brief period where I grew it out and it was wonderful), and same essential facial features. I'm just a little bit taller. And when I say "a little bit" I mean I may have grown fives inches since that picture was taken in 2004.

I have been cursed with the eternal baby face. And although I have experienced practically every awkward experience that comes with the baby face, I am not mad about it. In fact, I'm going to dare to say I have mastered it. I finally know the correct response to someone who guesses my age, I'm over wearing what society tells me I should (I choose to wear socks with cats on them because plain white socks are boring), and I've learned to embrace my naturally young looks instead of trying to age them with makeup. Here is how I handled the situations, I hope it helps you eternal baby facers as well.

1. The Best Way To Respond

As tempting as it may be, eye rolling is not the appropriate response because, really, how mature would that make you look? Instead, laugh it off with that person. Be flattered by their comment. When you hit your 70s, you're going to appreciate the fact that you can pull of saying you're 50-years-young.

2. The Propositions From Younger Men

Oooooh, this is never not awkward. Don't hurt their pride. Rejection is just as hard, if not harder, when you're in your teens. Laugh it off with them and tell them that they're a bit young for you, although you're flattered.

3. The BS That Is "Dressing For Your Age"

I like bows. I like socks with cats on them. And I like graphic T-shirts. And I'm going to wear them all, despite the fact that they don't help me look any older. I don't care. I wear them because I like them and they make me feel confident that day.

Don't get me wrong, there's a time and a place not to wear certain things. I certainly wouldn't go to an interview or a networking event wearing my favorite sparkly cat sweatshirt, but it works pretty well for basically everything else.

4. The Temptation To Use Makeup To Look Older

I struggled with this a lot. I have been teased for looking so young, and offered tips on how to look older (without necessarily asking for them). When I first started wearing makeup, I thought I had to wear a lot, as a rite of passage into womanhood. Turns out, I ended up only looking like a clown.

Same goes when you're 21 and try to age your looks. Too much makeup will never look good, no matter the true age. I've tried all the tricks. It's much easier to accept your beauty and accept your looks. Because no matter what age you are versus what age you look like, you're beautiful! And no amount of makeup is going to alter how you feel on the inside.