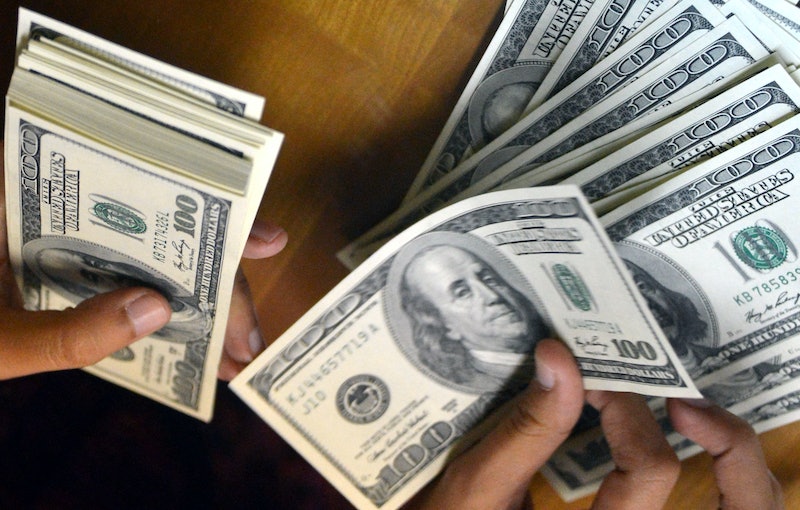 It's no secret that some people are going to make more money after college than others, but which majors are going to be the future big earners and which aren't going to be so lucky? Well, according to research at Georgetown University's Center on Education and the Workforce, people who major in engineering or computer science make the most money. And people who major in things like art or education might want to temper their expectations. Sorry, guys!

In their third annual Hard Times report, the researchers once again looked at how people from different college majors faired in the job market, not just immediately after graduation, but also over the course of their career. They found that overall, the job market is improving for college grads, and that a college diploma does still translate into higher salaries — sometimes substantially higher. Still, how easy it is to find a good job varies by major.

And as for how much money you'll make, for that you can refer to their information-packed chart.

Like I said, there's a lot of information. Each bar represents a different major. The light blue line on each bar indicates an average annual salary for a recent college graduate, someone between the ages of 22 and 26. The dark blue line is the salary for more experienced college grads in this major. Similarly, the pink lines and red lines are for people who have graduate degrees, both recent grads and experienced grads, respectively. And the good news for everyone who went to or is planning on finishing college is that no matter your major, you should be making more, on average, than a recent high school graduate from the time you graduate. So that's nice.

In the short term, the college majors who make the most on the other hand, are the computer science majors. But after some time goes by and people gain more experience, engineers are the ones who top the income hierarchy. Meanwhile teachers stay at the bottom, no matter how much experience they have. This is why you should feel guilty for giving your first grade teacher grief.

So where does your major fall?

Image: Georgetown University's Center on Education and the Workforce