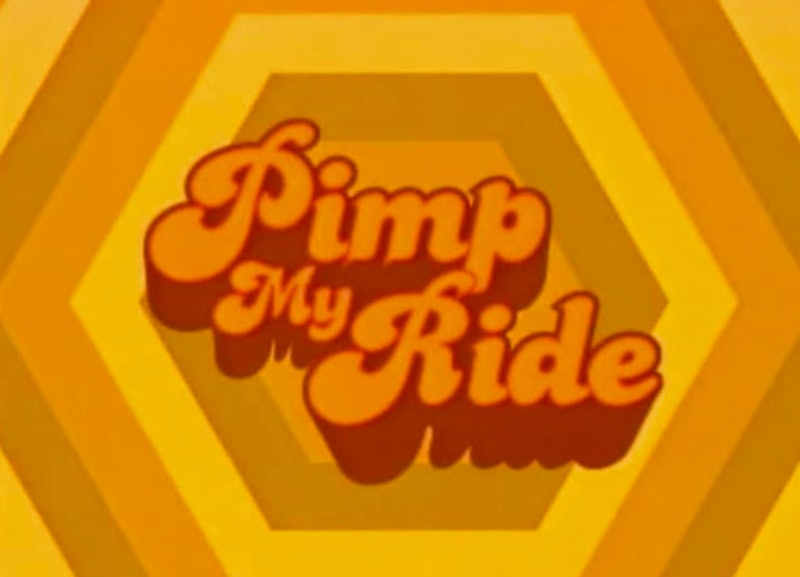 Take everything you thought you knew about MTV reality show Pimp My Ride, throw it out in the middle of the street, and run over it with 24" spinners. Because the show was a lie. A LIEEEEEEEEE. The Huffington Post interviewed three teens whose busted cars were tricked out on the Xzibit-hosted series and co-executive producer Larry Hochberg, and lots of truth tea was spilled: Sometimes, a fake exhaust pipe was added to a vehicle in lieu of a muffler; sometimes, a robotic arm added to the car was completely useless; sometimes, a contestant's "before" car was made to look crappier than it actually was; sometimes, the cool accessories added to the car were removed after the episode was done filming; sometimes, a contestant was encouraged by a producer to break up with his significant other; sometimes, the TVs added to the cars didn't work; sometimes, a car exploded into flames a few years after the makeover.

But there was one reveal that cut me deeper than the others: THE DELIGHTED FREAKOUTS WERE COMPLETE B.S, Y'ALL. Every contestant HuffPo chatted with said they had to do multiple takes of their reactions to their souped up cars. And some reactions were more, erm, forced than others:

Jake Glazier had a bit of a different experience, remembering they had to coax him to go "ape sh*t" as his natural reaction to being genuinely excited is a more silent shock. His first real reaction to the car was just a quiet amazement where he said, "This is good." They immediately yelled "re-do!" And then things got a bit weirder.

"I remember this very clearly, Big Dane, very big dude, he like puts his arm around my shoulder, kind of walks me around the shop for like 10 minutes and he's like, 'Listen, we put a lot of work into this ... we expect you to be a little more f*cking enthusiastic,'" Glazier recalled.

Well, then. Should we assume this beautiful moment was forced, too?

Were these seats actually upholstered in salmon skin?

Did any of Xzibit's intros actually happen?

WAS IT ALL A DREAM?

A beautiful, pimped out dream?