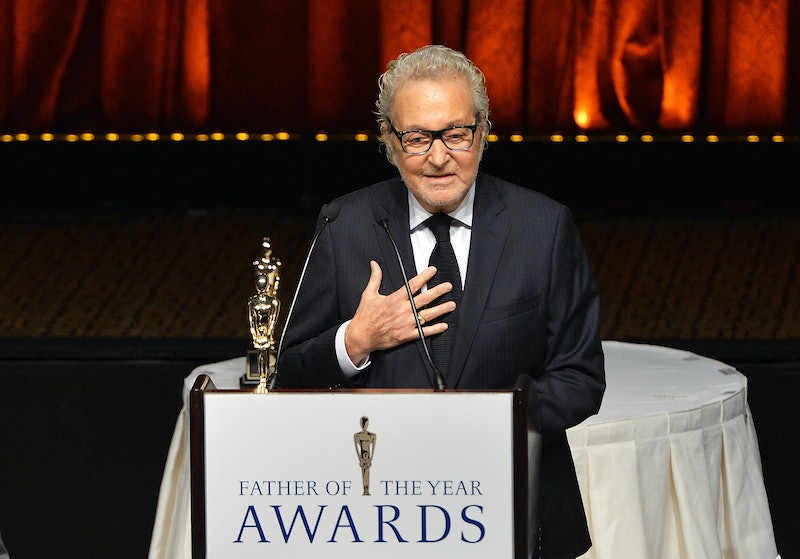 About a month ago, we lost an amazing man and fashion designer, Vince Camuto. But the launch of Camuto's two new fragrances in March will keep us remembering him. His fragrance licensee, Parlux, will be releasing the two perfumes named Bella and Solare.

Perfumes are just a facet of Camuto's brand, which ranges throughout 30 different categories, from footwear, to handbags, to jewelry. Bella, which according to WWD, has scents of peach nectar, solar musk, sandalwood, caramelized wood, and more, was concocted by International Flavors & Fragrances perfumer Yves Cassar. This particular scent will come in a 0.2 oz rollerball for $22 and a 3.4 oz. eau de parfum will retail for $78 and will be released in March.

“Just as beauty and femininity are ageless, Bella empowers women to embrace their individuality and inherent beauty,” Camuto said to WWD in an interview before his death.

Following Bella's launch will be Solare, which is due to be released in mid-March. The men's cologne includes scents of pimento leaves and cardamom, musk, cashmere woods, and mandarin, and was created with Mane's Claude Dir eaux de toilette. Solare comes in a 1.7 oz. size for $57, a 3.4 oz bottle for $70, and even a 2.5 oz. deodorant for $17.

“Solare presents another option for the Camuto man to express his individuality and polished style. With the men’s fragrance collection, I wanted to introduce a new scent that would both inspire and provide an accessory to the modern man’s sense of style," he told WWD.

The two scents will be sold in Macy's and Dillards, which are among the 3,000 department and specialty stores that will retail them.

If you're an avid Vince Camuto fragrance wearer, don't worry: The brand will continue to launch perfumes in the future.