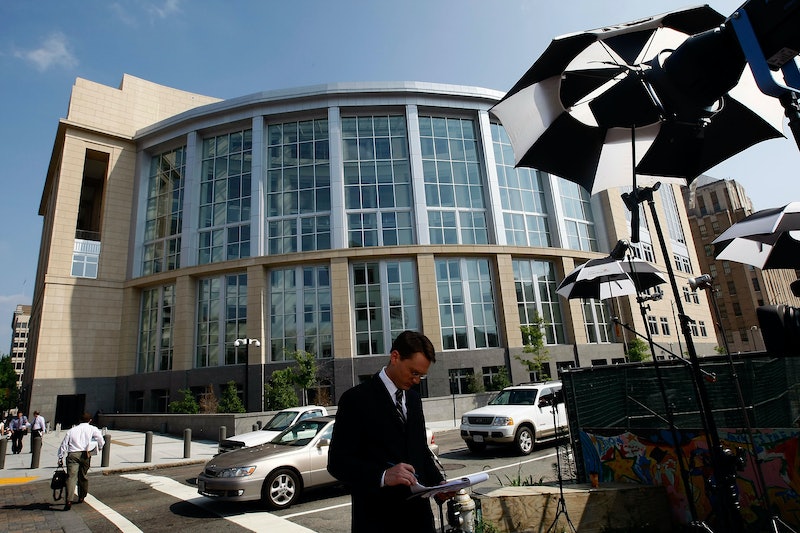 In a reminder that horrifying, antiquated practices were taking place in the U.S. not too long ago, Virginia agreed to compensate forcefully sterilized victims $25,000 in a measure passed by the U.S. state legislature on Thursday. Part of a $96 billion budget package passed by Virginia's Republican-led legislature, the compensation plan sets aside $400,000 for the roughly 11 victims who are still alive.

Democratic delegate Patrick Hope noted to Reuters that if other victims came forward, they too would need to be compensated, but acknowledged that the move was a step forward for the state:

I think it’s a recognition when we do something wrong we need to fix it as a government. Now we can close this final chapter and healing can begin.

From the mid-1920s to the 1970s, Virginia ran a eugenics program under the Virginia Eugenical Sterilization Act purportedly aimed at achieving "greater welfare of society," sterilizing people who were deemed either mentally or physically ill, or socially misfit. Over the course of five decades, about 8,000 people in Virginia "participated" in the program — more than a fifth were African Americans, and two-thirds were women, a majority of whom thought they were going for a different procedure, but ended up unknowingly sterilized.

Though there are few surviving victims, the fact that the state approved the compensation plan was a relief to those remaining, as well as an acknowledgment of Virginia's notorious past. Lewis Reynolds, a Virginia man who was unknowingly sterilized at 13, only to find out about his condition years later in a marriage that fell apart in part because of his inability to father children, welcomed the news. He told the Associated Press:

I think they done me wrong. I couldn't have a family like everybody else does. They took my rights away.

Executive director of the Christian Law Institute — an advocate for the cause of the Virginia victims — Mark Bold told the news wire that nationwide, 33 states sterilized about 65,000 Americans, including more than 20,000 in California alone.

Virginia is only the second state to compensate victims of such programs in the last century. In 2013, North Carolina similarly approved restitution payments totaling $50,000 per victim for its eugenics program that ran for about the same length of time as Virginia's. North Carolina's victims were as young as 10 years old.

Upheld in the 1927 Supreme Court case Buck v. Bell, Virginia's eugenics program became a model for similar legislation around the country, as well as — most horrifyingly — for Nazi Germany's eugenics policy that aimed at fulfilling Adolph Hitler's twisted ambition of a master race. At the time, writing for the majority to uphold the Virginia legislation, Supreme Court Justice Oliver Wendell Holmes had declared:

Three generations of imbeciles are enough.