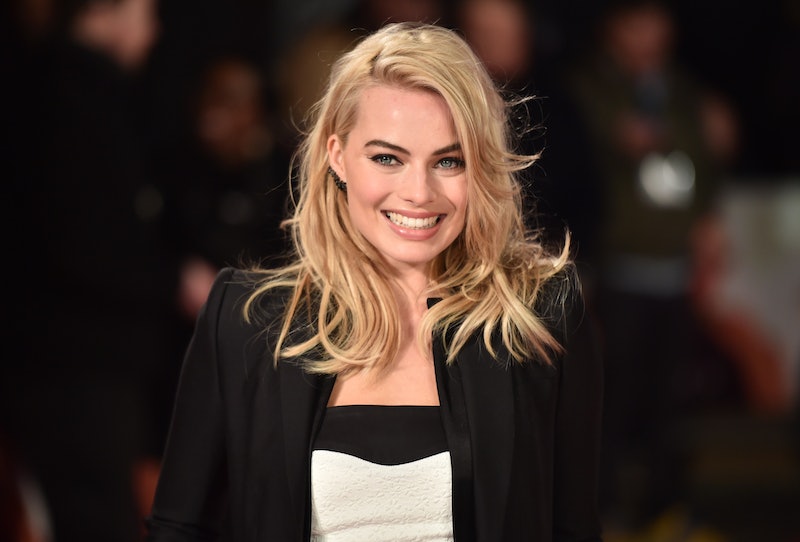 Actress Margot Robbie is thermonuclear right now. People still talk about her role opposite Leonardo DiCaprio in The Wolf of Wall Street and now she is starring opposite of Will Smith in Focus so she is pretty much all over the place. Margot Robbie is also on the cover of Harper's Bazaar, for the April 2015 UK edition, looking all sorts of soft and summery in a red, white, and blue slip dress, no shoes, shaggy hair, little makeup, and a perfect white pedi.

Robbie is a hottie. There is no workaround there. But it's refreshing that her Harper's cover shows a sweeter side of the Aussie actress, and it's a gorgeous harbinger of the upcoming warmer weather (and its accompanying fashions).

But you know what else Robbie's Harper's cover does? It spotlights something I've long noticed about her and that's the fact that she is a doppelganger of both Jaime Pressly and Emma Stone.

Not picking up what I am putting down? Peep the cover below.

Loving that minimal makeup and the maxi, BTW.

This is Pressly in 2010... looking like Robbie's badass big sis.

Here's Pressly, in the center, in 2007 with longer hair. See the resemblance?

And now... Emma! She and Robbie could be fraternal twinsies, especially when Stone rocks her natural hair hue.

Finally, here's one more Margot Robbie snap, so you can further compare. I think these ladies need to be cast as a trio of sisters in a film.

Are you seeing the similarities or are you thinking I am certifiably cray cray?