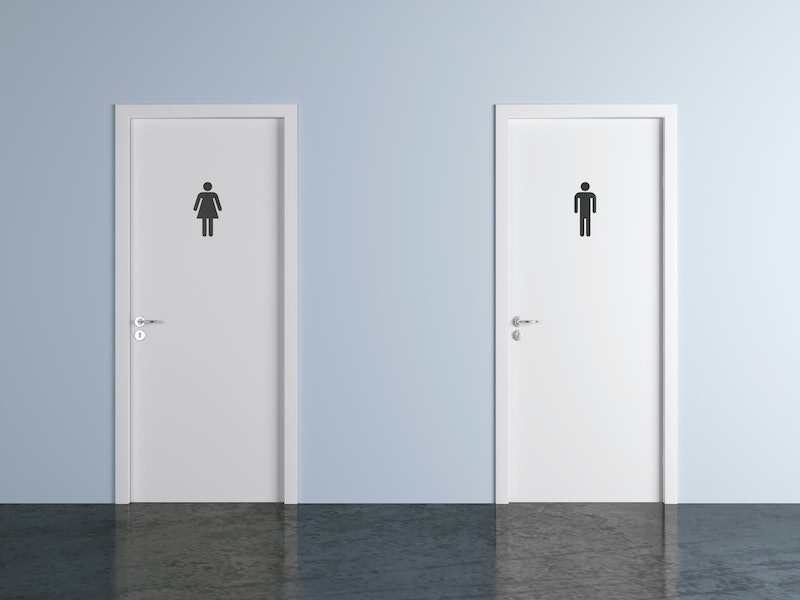 Things I learned today include the fact that a lot of things about women secretly make men jealous. I have BuzzFeed to thank for this revelation; they recently asked a bunch of dudes what it is about women that they envy, and the results — which, of course, they caught on camera — are equal parts fascinating and hilarious. I had no idea, for example, that the fact that we can go to the bathroom in groups was something of which to be jealous. Good to know.

But lest it all look like too rosy a picture of womanhood, the men interviewed for the video also acknowledge that for all these seeming perks, we also put up with a lot of bullshit: Everything from the constant pressure to look a certain way to periods and the fact that it's taboo to talk about them. There's a companion video to this one too, by the way, featuring women discussing things about men that make them jealous; it similarly acknowledges the struggles dudes face on a daily and ongoing basis, and you know what? I actually think both these videos are kind of important. They might seem sort of silly at first, but too often we fail to examine things from each other's points of view — we frequently stick only with our own. It's worth reminding ourselves every so often to step out from behind our personal issues and take a look at the world from a different angle.

Here are a few highlights; scroll down to watch the full video:

Not our bathrooms at home, but our public restrooms. According to this fellow here, they've always been described to him in ways that make him imagine this:

If only he knew the truth: That is, that most women's restrooms are horrifying places. Seriously. Why are we so awful about cleaning up after ourselves?

2. And Also the Fact That We Can Travel to These Magical Bathroom in Packs

Why is it considered weird for guys to go to the bathroom in groups? Is it because of the presence of urinals? Maybe it's just awkward knowing that you're going to a small, tiled room in order to stand next to each other with your junk hanging out. I don't know. Can anyone shed some light on the subject?

Specifically the fact that it's often long, flowing, and excellent for flipping around.

As this guy put it, “Those looking like the most comfortable things in the world.” He is absolutely correct, too. I'm sorry, guys. You're really missing out on this one.

5. Our Wide Range of Clothing Options

This one was actually kind of interesting to me. I always feel like guys have it easy when it comes to clothes, especially with regards to “dressing up” — nice pants, collared shirt, boom. Done. But apparently the lack of variation is kind of a pain in the ass (or just kind of tiresome after a while). The fellow who brought this point up was right: No matter what gender you are, everybody loves a sale.

Watch the full video below, and check out the "Things Men Do That Secretly Make Women Jealous" video here: