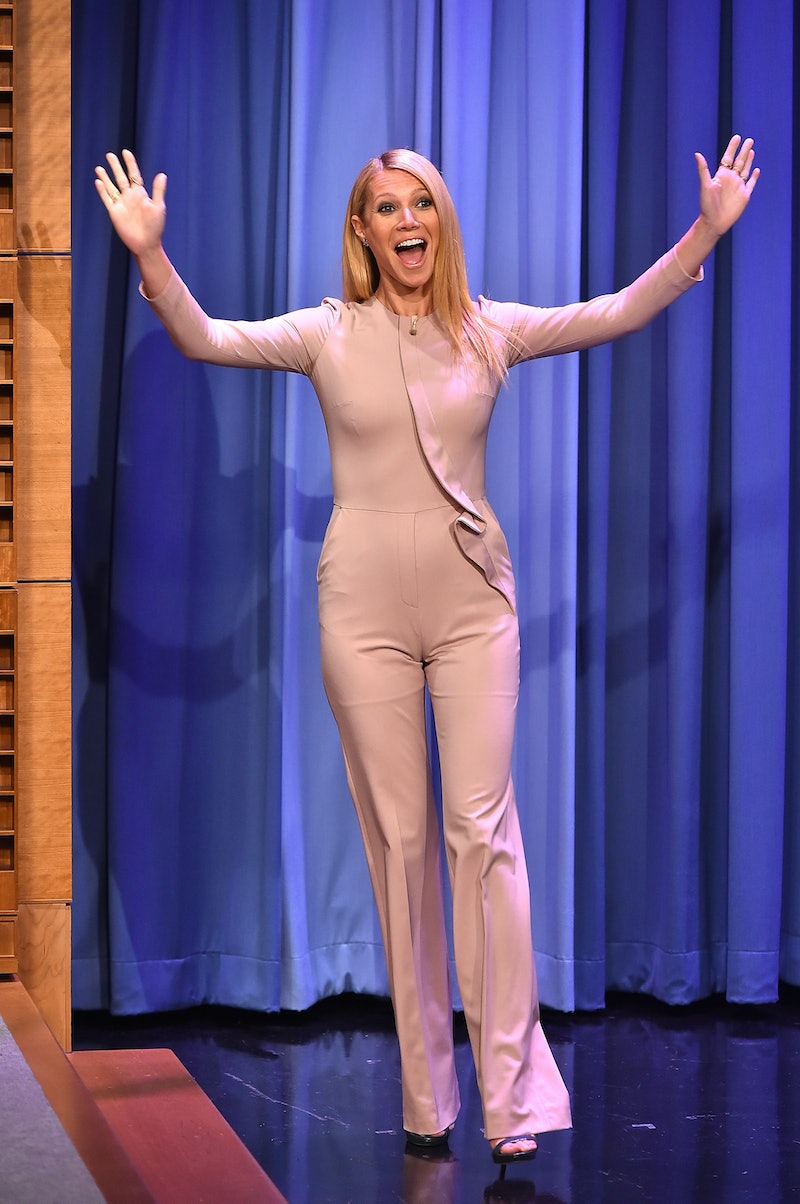 Perhaps no celeb is more polarizing than Gwyneth Paltrow, who can sometimes seem bougie and out-of-touch as she curates her Goop lifestyle brand by offering suggestions on everything from recipes to hand towels that most average folks could never, ever afford. The public's love-hate relationship with her antics, her macrobiotic diet, and her very existence has never stopped her, though. The actress just keeps taking on new projects. Her latest venture? Gwyneth Paltrow is now investing in Juice Beauty.

Looks like she's consciously coupling with an organic skincare company! But will her involvement harm or help the brand? In terms of sheer economics, it will obviously help, especially if she is throwing cash into the company for operating costs. Since she will also be promoting the brand via Goop, she'll likely provide a built-in new audience for the products (including haters who make fun of the site).

That said, the fact that so many people love sippin' on the Gwynnie-flavored Haterade doesn't meant that awareness will lead to, you know, sales or new customers dipping their toes in the waters of organic beauty products. Or will it?

Paltrow, who is also an investor in Blo Blow Dry Bar — which makes sense given her oft stick straight, flaxen locks — has chosen to eschew endorsing in favor of investing.

According to WWD, Paltrow said, "I'm very appreciative of all the endorsements I've gotten in the past and there’s always been integrity there, but I’m really focused on building Goop and using that celebrity aspect of my life to further enrich my own brand."

Okay, so why did she choose Juice?

GP said, "In my own life, I don't have a [beauty] product that is as luxurious and high performing as it is clean. I'm very aware of the toxicity in our products that we use all the time. I still use a lot of them because they work, whether it’s shampoo or mascara."

Did you guys catch that? That's Gwynnie, admitting that she is imperfect! I like that she laid all her cards on the table there. Score one for Paltrow, peeps!

Here is the 411 on Juice and why Gwyneth could be good and bad for the brand at the same time.

Juice is an organic skincare range sold at Ulta, Whole Foods, and Pharmaca. Paltrow is known for her sustainable lifestyle and perhaps her star power really could give Juice the boost. But it could also cause the anti-Paltrow legion to stay far, far away. Hmm...

2. Nothing But A G Thang

Paltrow is now the creative director of makeup, as well as a shareholder. The deal runs for five years. Juice has returned the favor and invested in Goop. This one plays in Paltrow's favor. She is beautiful and covers tons of mags, so her appeal and the desire to replicate her beauty regimen is obviously there.

The makeup will launch this year, with 75 pieces running from $24 to $49. Pigments and packaging are designed to impress, and will feature certified organic ingredients. Where it will be sold is TBD. Paltrow participated in the design and creation of the formulas and wants makeup artists to use it.

Um, another score for Juice here! Paltrow has plenty of friends in the highest of places. She can easily call up Beyonce and be like, "Bey, can you rock this eye shadow on the red carpet tonight? Luv ya mean it!" That's probably why cash counters think this makeup range could pull in $15 million its first year on shelves.

Paltrow will also create six skincare products to be sold in 2016 via Goop, as well.

Yeah, I'm going to say this partnership is going to send Juice into the stratosphere. Love her or hate her, Paltrow can really bring it for a brand.