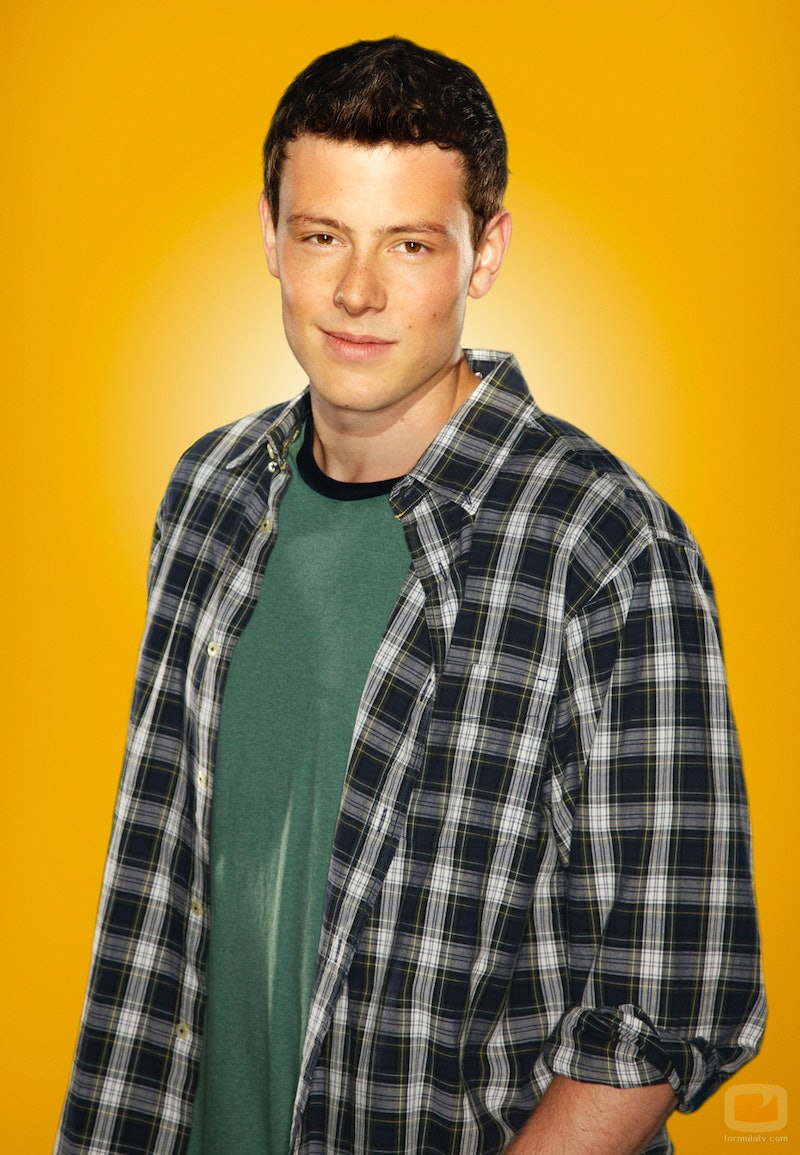 Glee aired its highly anticipated farewell episode to Cory Monteith and his beloved character Finn Hudson on Thursday night and the episode really hit its mark. It was a beautiful thing, though unfortunate under the circumstances, to hear Mercedes sing again and to see some of the original New Directions back in the McKinley High halls. It was also beautiful and a sigh of relief how delicately they chose to handle the character and the star's death. Ryan Murphy took the grieving process head on and succeeded in creating a heartfelt and overall beautiful love letter to one of the show's core characters that, by the Murphy's description, was the embodiment of what Glee is as a show.

Finn was a leader. He was kind. He was genuine. He was goofy. He was sweet. He was caring. He was a son, a brother, a friend, and a lover. And the episode put these characteristics and Finn as a person in the forefront of the episode, even though it couldn't eclipse the fact that we were all grieving, it truly became a celebration of the person. "The Quarterback" gave a special moment to each of the members of the Glee cast of characters to pay tribute to and remember their friend and a person that made such a impact on their lives and the show's audience. And most importantly, it let everyone grieve in their own way and let us grieve with them as they made their way to the final goodbye.

I can't help but commend the acting in this episode, which feels almost insensitive to say because it's difficult to imagine that there was any line between acting and the emotions the cast was truly feeling. With that being said, this episode made it explicitly clear that there's no right or wrong way to grieve. Burt Hummel and Finn's mother gave a heartbreaking insight into what it feels like lose a child and to wake up every morning and still have to be a parent without them.

While each of the New Directions grieved in their own way, Puck and Santana's processes were took the most to push through. Puck, who couldn't bear to say to goodbye to his "quarterback in life" for fear of not knowing what to do next without him and Santana, who turned violent, basically assaulted Sue for wanting to remove the memorial in the hallway and then broke down in the middle of her dedicated performance traveled the farthest from the early stages to their resolve. Even Sue Sylvester had a moment of catharsis with Santana after she called her a "selfish bitch." She lamented on the fact that she'd never get to tell Finn what a good guy he was and that there was no lesson to be learned from this, no happy ending, and so much potential lost. It hurt, it really did, to see Sue come out from behind her walls like this, especially after the touching tribute Jane Lynch paid to Cory at the 2013 Emmy Awards.

The anxiously awaited arrival of Lea Michele's Rachel Berry came with grace and stoicism (and 15 minutes left in the episode) that proves exactly what we've been saying since learning of Cory's death; she has incredible strength both onscreen and off. Her cover of "Make You Feel My Love" brought as much tears to our eyes as they did to hers and that was a lot of tears. It was difficult to watch her address the glee club and say, "He was my person," and to talk about their love. It was equally difficult to hear her tell Mr. Schue about the life she thought she'd planned to live, a life that Finn was to be a huge part of and to say that she didn't know what she'd do now. Even Mr. Schue, who turned out to have stolen Finn's letterman jacket from Santana during her "grief siesta" and spent the entire episode as the world's hardest rock, broke down at the end of the episode. Finn played a huge and integral part in both of their lives and in their evolution as characters.

The only characters I was disappointed to not see have their moment was Kurt and Coach Beiste. Finn was his stepbrother and I feel like that merited him at least a solo. Kurt spent a lot of the episode helping everyone else to grieve, but really didn't spend any time grieving himself. He asked to keep Finn's letterman jacket, instead of donating it, and was a part of the moment with his father and Finn's mom. He planted the memorial tree for Finn, tried to break down Puck's drunk-shield to help him, and gave Santana the tough love she needed to be the person she wanted to be during this tragedy.

I'm proud of Kurt for sticking to his decision to honor Finn's life, but I'm sad for him that he didn't get the same, showcased opportunities that the other ex-New Directions did. In a way, his strength was showcased in this episode just as much as Mr. Schue's and Rachel's.

In terms of Coach Beiste, she grieved a bit, but spent the majority of the episode helping Puck to work through his drunken stupor and fear of the future, resolving in his decision to honor his best friend by joining the air force. Most of her screen time was spent teary-eyed and she did get a short moment with Puck to talk about how she felt, but her and Kurt were strong for everyone and didn't get the same grief-time and understanding for two people that had significant relationships with Finn.

Rachel and Mr. Schue putting up the plaque with Finn's face and a goofy quote ("He was smart in his own way," Rachel says with a laugh as they hang it up) that read, "The show must go... all over the place... or something." in the choir room was the brief sigh of relief at the end of a tearjerking hour of television. They shared a slight chuckle and a knowing smile that that's exactly what everything and everyone would do, "go...," because Finn would've wanted it that way.

I've cried watching television shows before, but never quite like this. "The Quarterback" was sharply painful from the opening rendition of "Seasons of Love" all the way to its tear-stained ending. There was a slightly overwhelming elephant in the room, in regards to the straight-forward acknowledgment by Kurt that how Finn died "didn't matter" what really mattered was how he lived. We all knew this was coming, as Murphy let us know early on that we would not find out tonight and may never find out how Finn Hudson died, but big question mark was there nonetheless.

Aside from this, the episode showcased some of the most incredibly genuine and heartfelt performances ever seen on Glee and achieved at honoring their fallen leader. And somehow, the episode managed to live up to Sue's advice to not "make a self-serving spectacle of our sadness." Everyone's grieving process included a testament to the friend that Finn Hudson was and how he affected the lives of those around him and many were forced to ask themselves, "What comes next?" But what will come next for Glee itself...