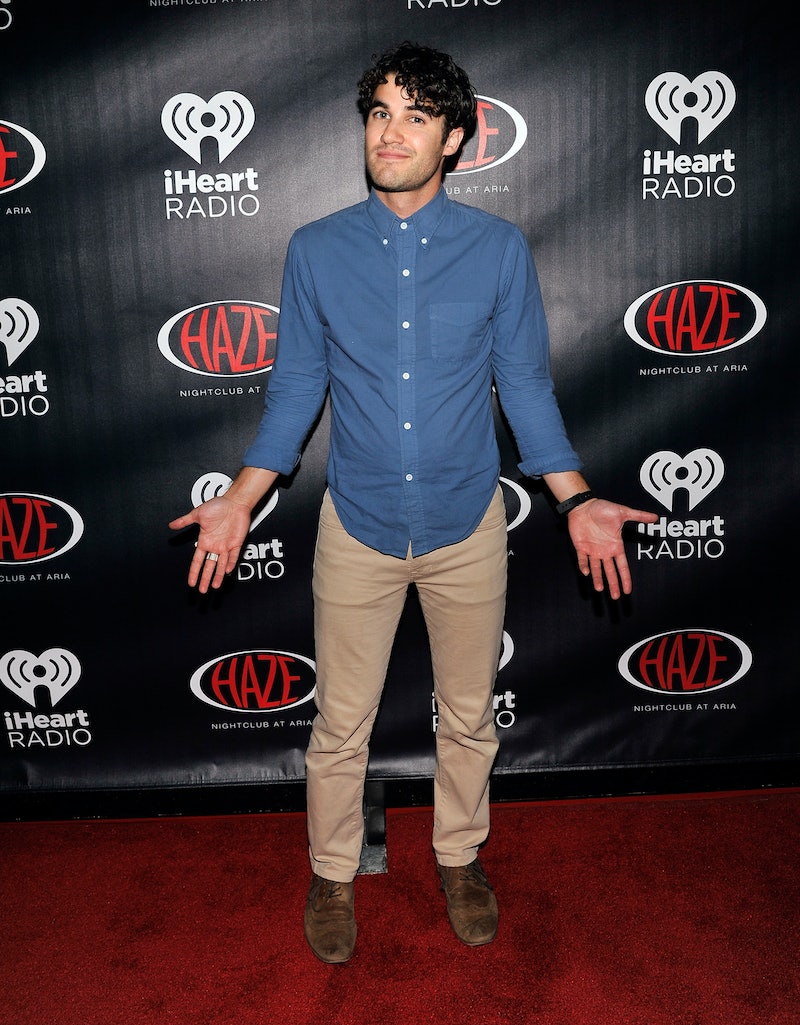 Darren Criss may sadly have ended his time in the Glee universe, but that doesn't mean he'll be going away just because he's off of our TV screens. In fact, the opposite appears to be true. It shouldn't come as any sort of surprise, really. The 28-year-old is an acting, singing, and dancing triple threat and he looks hella good while doing it. That's why I'm sure the actor will have no problem positively killing it as Hedwig in Hedwig and the Angry Inch on Broadway. And as if that wasn't enough for Blaine Anderson's alter ego, in addition to that, Darren Criss is doing a reading for a 17 Again musical that is potentially Broadway bound.

According to Just Jared,

The reading will take place on March 6 and unfortunately it is closed to the public. It is being put on by Warner Bros. Theatre Ventures in hopes of creating new works for first class productions, professional and regional tours, and amateur licensing.

All right, so that's not a definitive statement that the beloved movie is guaranteed to see the lights of Broadway, let alone become a hit if it ever got there. However, that won't stop us from imagining what would happen if such a miracle occurred. So, let's do a little dream casting, shall we? Here are some other triple threats who could definitely take on this role.

High School Musical, Hairspray, why wouldn't they consider him for this role especially when he was in the movie?!

I don't think I have to explain myself here, do I?

He could always take a break from The Flash, right? He's certainly proven that he can take on a role like this, as he played the dastardly and talented Warbler, Sebastian Smythe, on Glee for 3 seasons.

It was rumored for awhile there on Wicked's IMDb page that Styles would assume the role of Fiyero. While nothing appears to be concrete about that rumor, if he was being considered for that task, he most certainly can do this. He's got that boyish charm to boot.

Mientus is already included in the 17 Again reading, so it wouldn't be hard to push this Broadway star to the forefront. Besides, who'd deny a former Smash cast member?!

This actor-singer has got some serious pipes if his time on Broadway and his roles in August Rush and Victorious are any indication. Plus, aside from talent, he's got youth on his side: He's only 21 years old.