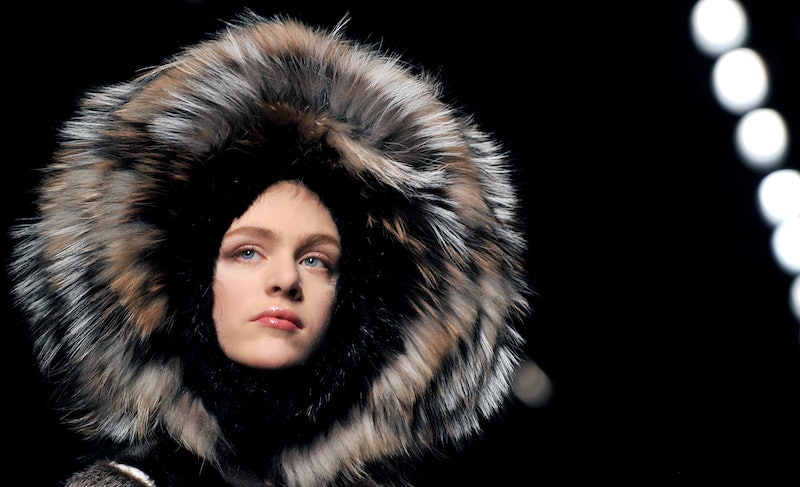 If there is one person in this world who does not give two taps of his Louboutins what you think of him, that person is Karl Lagerfeld. As the creative director of Fendi and throughout his career as one of fashion's most elite, the man has been criticized for his often offensive comments and unapologetic opinions. And now Lagerfeld is sewing controversy into his latest collection with Fendi's "haute fourrure" Paris Couture Week show — a runway collection completely dedicated to fur. PETA, get your paint cans ready!

Lagerfeld has been a staunch advocate against the faux fur movement since his Fall 2013 show that declared "Fendi is Fur, Fur is Fendi." And inhumane and cruel and tortureous, but whatevs. According to Styleite, Fendi has already been investigated for obtaining their pellets from fur farms, along with many other high fashion houses, but that's not enough to stop old Karl Lagerfeld. The man does what he wants.

Just because Fendi can't see the moral implications behind a luxurious coat, doesn't mean that you have to be just as blind. There are plenty of stylish ways to go faux. Despite what Lagerfeld believes, faux fur isn't what it was 20 years ago and can be just as luxe and glam as the real thing. Check out these furry and fuzzy pieces below. They're totally to-die-for, but you know, without requiring any actual death.

Legends of the Forest Jacket by MinkPink, $119