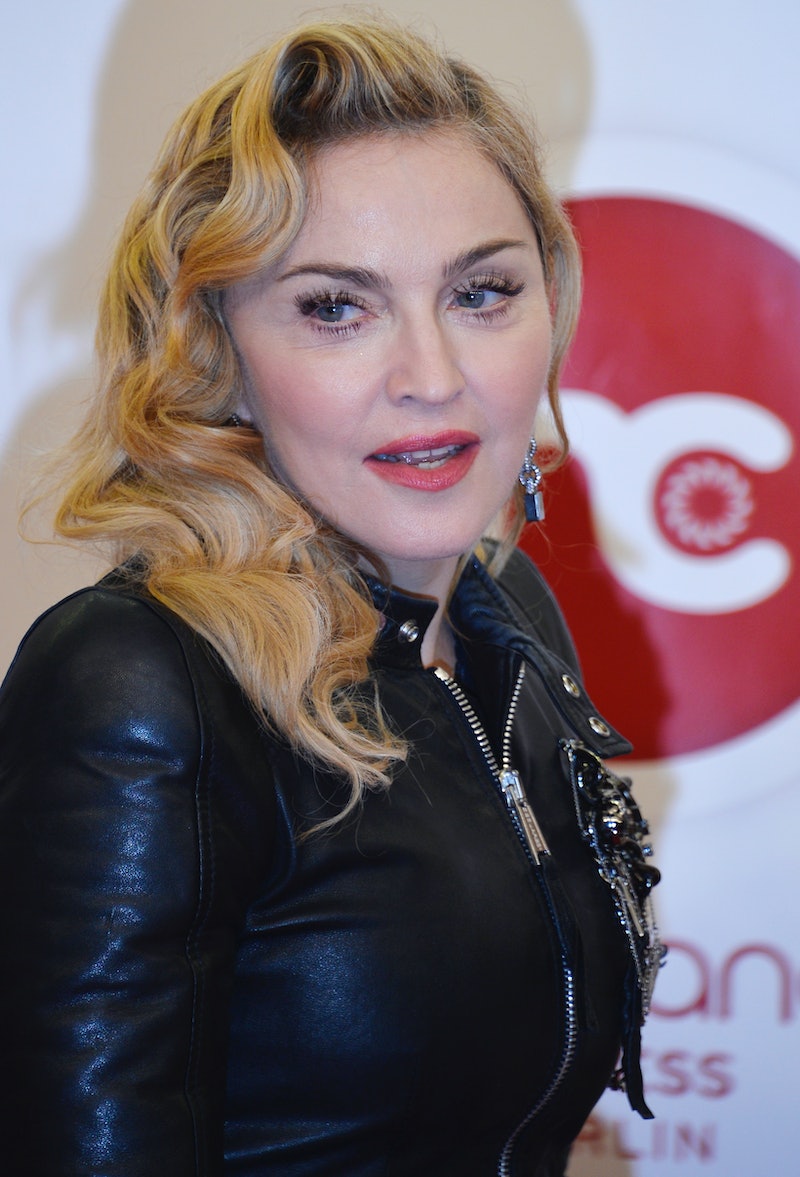 Madonna spoke about current events in modern Europe, specifically France, and it looks like she has some strong opinions. How strong? Well, apparently Madonna compared modern-day France to Nazi Germany in her Europe 1 Radio interview. Yes, that really happened.

For context, she was talking about her new song "Ghosttown," a tune that will explore two lovers living like they are the only ones left in a post-apocalyptic world, when she went off on a tangent about how that could be foreshadowing for our world if prejudice and intolerance continue. And she brought up France in particular, and she said it used to be a place that accepted people of color and encouraged freedom amongst all who were there. Then she said:

Now, it's completely gone. It's like, to me, you know, I said this two years ago, it's like we're living in a crazy time. It feels like, you know, Nazi Germany. All of these people... the intolerance, the level of intolerance that's going on is really scary. It's not just happening in France, it's all over Europe, but it's specifically in France. Anti-Semitism, I think, is at an all-time high, people are becoming, behaving, and reacting in extremely fearful ways, so it's scary.

Yikes. Now we all know Madonna has never been one to shy away from saying what is on her mind, but these are bold words to say, even for the Queen of Pop. Although it is good for her to be aware of international affairs and current events, and it is furthermore a plus that she is able to use her celebrity platform to speak out about topics she feels strongly about, she should probably be more careful when it comes to comparisons like Nazi Germany.

While racism, anti-Semitism, and other forms of discrimination absolutely still exist today and should be brought to attention of the mass media, comparing modern times in France to a nation-approved systematic form of killing so many people is probably not the best way to do it. In fact, if anything, those comparisons could potentially make people think that you are lessening the severity of the memory of the Holocaust and other tragedies that happened under Adolf Hitler.

Now, it's obvious Madonna wants to raise awareness of intolerance happening in Europe, and since she is Madonna, it makes sense that she would say something provocative to call attention to the serious issue. But hopefully in the future, she will realize that this can potentially have a negative impact on the point she is trying to get across and will reconsider comparisons in the future.