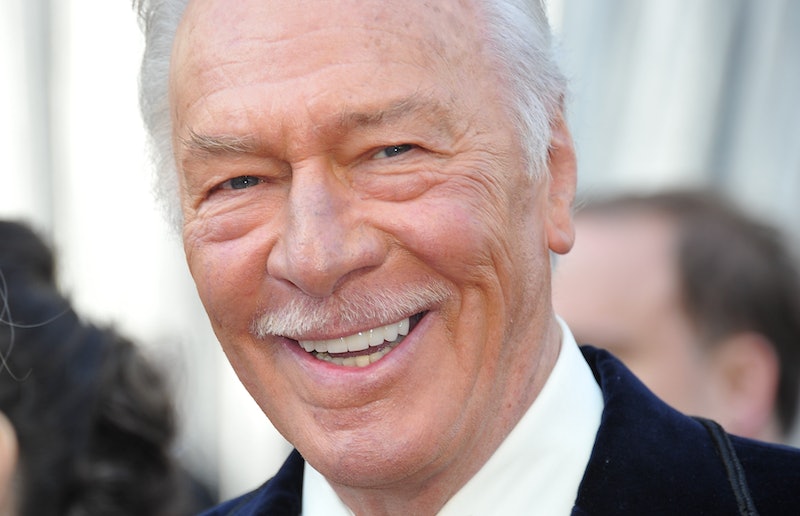 If you didn't adore Captain Von Trapp already, you will after hearing about why Christopher Plummer didn't attend the 2015 Oscars. First of all, his reasoning is beyond amazing proving, yet again, that the actor can do no wrong. Second of all, it also shows that he embodies a great deal of respect for Queen Julie Andrews like everyone else in this world. In an interview with People, Plummer said he didn't want to steal Andrews' thunder when it came to the awards show honoring The Sound of Music's 50th anniversary. He said:

I couldn't be there for personal reasons, and secondly I didn't want to. It was really a tribute to Julie. It's her movie. It's a terrible phrase we have in England but if I had appeared there I would have looked like a spare prick at a wedding. That's the most perfect description of how I would have looked.

See? He is beyond great. Also, if you're wondering what Plummer thought of Lady Gaga's Sound of Music performance, well, he loved it. He told People:

I thought Lady Gaga sang absolutely wonderfully. She knows how to do two styles. She knows the old way and and she knows the new way and she was so faithful to the style of the story and the song. Julie looked terrific. I was thrilled it was a tribute to her and so it should be.

For those who don't know — and have clearly been living under a rock — Plummer and Andrews starred together in The Sound of Music based on the true story of the Von Trapp family during the rise of Adolf Hitler. It won five Oscars, including Best Picture. If you've never seen it, please do, because not only is it a classic and a masterpiece, but it will show why Plummer and Andrews will forever be two of the greatest actors of Hollywood.