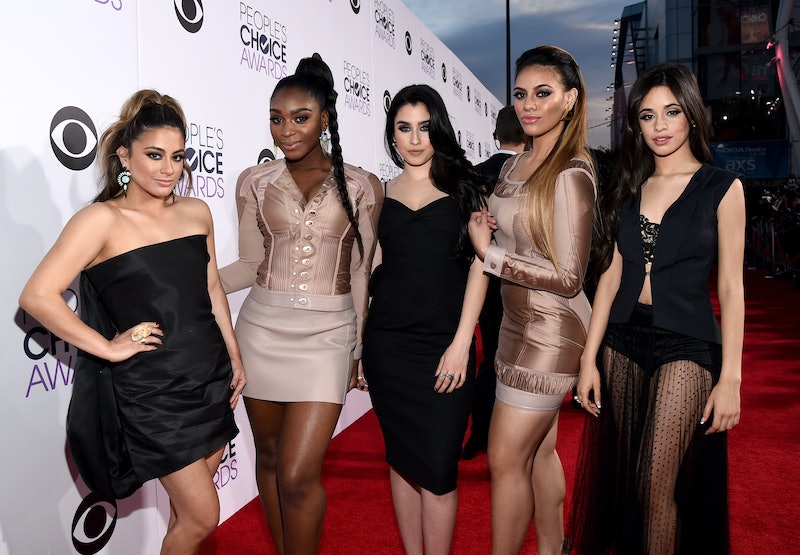 The five über-talented young women of Fifth Harmony have been on a whirlwind promo tour since the release of their debut album, Reflection, at the beginning of February. On Wednesday, Fifth Harmony stopped by Ellen to perform their current single, "Sledgehammer," and I think it was their best showing to date. They crushed it. (Get it? Like a sledgehammer?) Not only did they come together as a group, but each member was given her own time to shine — and that's really important.

I was only about 10 seconds in to 5H's fantastic Ellen performance when I knew I had to make, like, six thousand GIFs to commemorate every single amazing moment. The choreography, the sass, the backup dancers — it was almost too much for me to handle! Fifth Harmony have come a long way since they took third place on The X Factor in 2012. (Speaking of which... can we talk about that for just a second? HOW DID THEY NOT WIN?? I'm not trying to be rude, but has anyone heard anything lately from Season 2's champion, Tate Stevens? That's what I thought. Oh well. It all worked out in the end, right?)

Here are 19 GIFs of Fifth Harmony doing what they do best: SLAYING.

I Don't Know What's Happening Here But I Love It

She's Having the Best Time

It Looks Like She's Wearing a Red Sequined Diaper

Her Diaper Is Blue