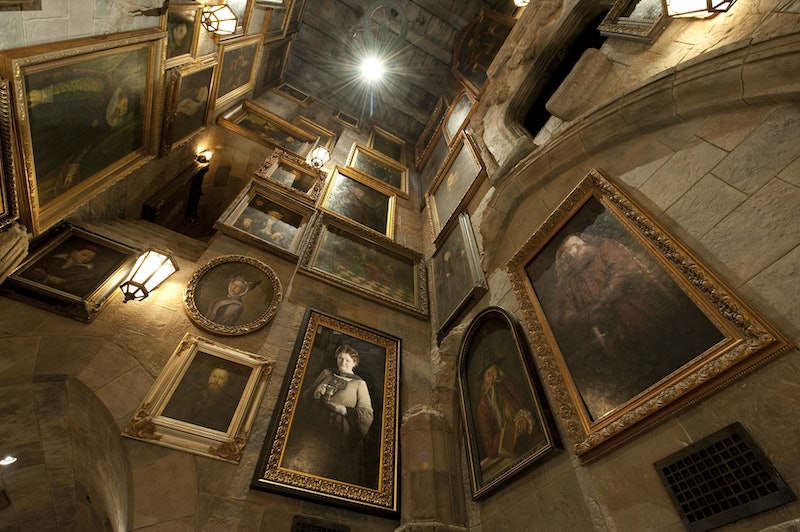 What the J.K. Rowling wizarding series really needed was some good old-fashioned banging, you know? The Boston Globe reports that two Boston University interns are bringing discourse about sexual health by way of a Harry Potter-themed event they’ve titled “Sex-ed at Hogwarts.” Incorporating content from each of the books, the discussions will cover how to safely board a broomstick and other relevant sex ed. topics.

The event is a part of “Frisky February,” a monthlong series of programs geared at raising awareness about safe, consensual sex. (Even our favorite vlogger Laci Green — who brought up the books' bizarre wizard celibacy on her show Braless — will be making an appearance.) Jamie Klufts and Michelle Goode, the brains of this magical operation, felt that Rowling “missed an opportunity in her writing to address questions about sex that most students have when in junior high and high school,” reports the The Globe. The event’s Facebook page describes it as one where “half-bloods, house-elves, and muggles alike will learn the proper way to get consent to enter one's chamber of secrets and how to snog without getting hogwarts [sic].”

The hour-and-a-half classes will cover “responsible drinking, contraception, and sexually transmitted diseases,” says The Globe. And I for one think sex ed is made much more tolerable with topical Harry Potter themes. I mean imagine how different our adolescence would have been had Ron contracted chlamydia, resulting in a lengthy lecture from Hermione about safe intercourse.