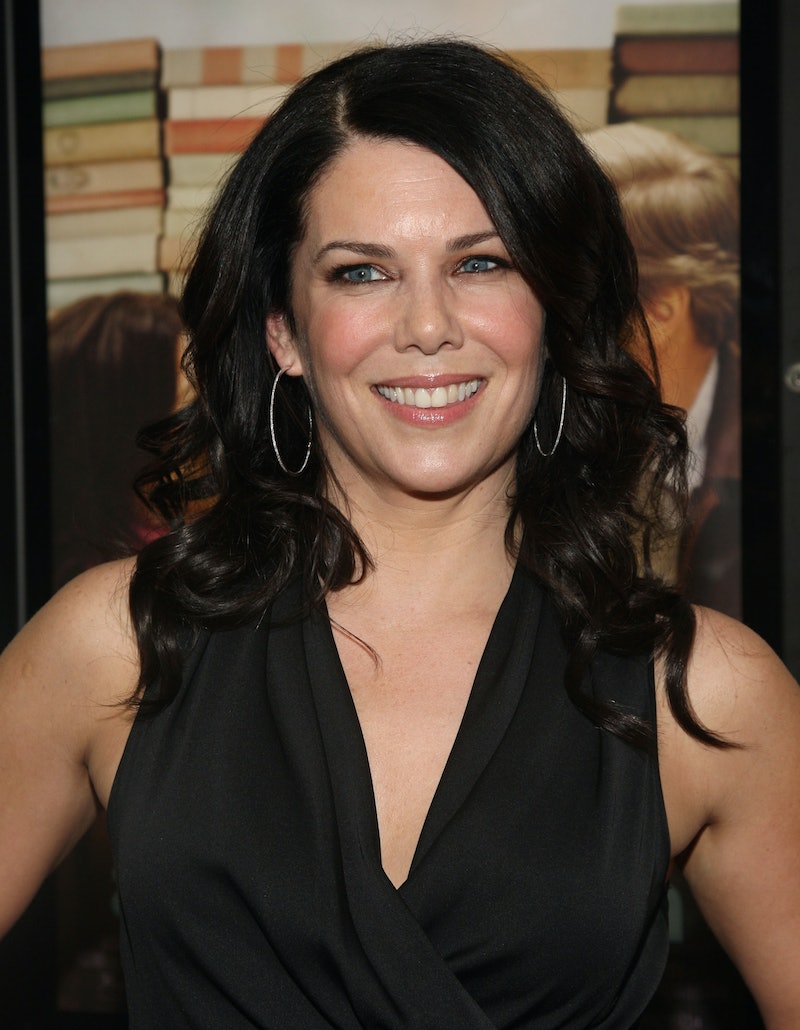 Lauren Graham is a professional manic single mother. First it was Lorelai Gilmore, the iconic and effervescent used-to-be teen mother to Rory Gilmore; she was addicted to coffee and she talked really fast and oh, how badly we wanted to be just like her. Then Gilmore Girls ended, and Graham moved on with her career. She landed on Parenthood, that underrated NBC drama with the power to make you cry tears of happiness and of joy withing the same episode, often even in the same moment.

There, she embodied Sarah Braverman, the harried single mother to Amber and Drew Holt, who would move back in with her parents in her late 30s to give her kids (and herself) a chance at a fresh start at life. Somehow, perhaps only with that deep-down magic Graham seems to have, the two seemed entirely different people despite their many (many) surface similarities.

Within the world of Parenthood, Sarah Braverman is something of an enigma. Not a mystery, per se, but a puzzle; and one that the writers have been tirelessly moving around the pieces of since day one.

Parenthood, run by Friday Night Lights' Jason Katims, is an amalgamation of a whole host of well-defined humans, all mashed into one large family of characters. They all play their parts: Adam the eldest brother, devoted husband and father, determined to the point of obsession with ensuring his family fits his ideal; Crosby the reformed slacker and goofball; Julia the type-A personality; and Sarah, the flighty artist, the single one, the dating one, trying desperately to keep her children happy in the aftermath of her relationship with their drug-addict father.

All of these characters — and the smaller family segments that come with each of them — are, in my opinion, wonderful. Lovely characters full of flaws, annoying ticks, saving graces, and the ability to reach into the caverns of the nuances of relationship dynamics and mine them for effect. I will cry every time.

Sarah Braverman has always been a lovely character, but something about this week's episode brought up something that had been following my watching of the character's arc for a while now. Because Sarah Braverman, for all her wonderful Lauren Graham-ness, lacks some definition.

She isn't completely without a sense of self — she is creative, she is bubbly and endlessly charming, she is warm and funny and, god, you just want to have coffee with her. But, for the five seasons that Parenthood has been on the air, Sarah has also been aimless.

This aimlessness — the movement from bar tending, to graphic design, to playwrighting, to photography and life as an apartment super — is, in part, built into the character's DNA: Sarah was alone in raising her kids for so long, it's no wonder she didn't exactly have time to build a flourishing dream career. As her children grows she gains more freedom of mobility, but where do you settle when the options are so varied?

There's something else, though, when it comes to Sarah's aimlessness — which one of her family members referred to as "fligthiness" in this week's episode. And, I think, it lies in the writers' indecision when it comes to what to do with her.

Sarah's hardly lacked screen-time in the five season's she's been with us: She's gone through some big romantic arcs, interspersed with stuttering stops in various careers and some truly lovely time spent with daughter Amber (Mae Whitman) in her development.

But where the other characters' arcs felt grounded or with a destination in mind — Adam's getting fired and ending up in business with his brother, for example, or Kristina's cancer, or Julia's baby adoption madness — Sarah's has felt like brainstorming.

Sarah Braverman is a fun character to watch — and there are certainly elements of her wandering which feel uber-realistic in a lot of ways (not everyone's secure in their careers or their lives by their forties, and that's something that should be depicted). But Sarah seems, in the history of the series, somewhat hard for the writers to nail down.

This episode — which featured Sarah trying to convince Adam and Kristina to let her serve as Kristina's campaign photographer despite her un-secured history — showcased that the writers seem to recognize this issue. Going forward, this isn't only about finding Sarah's focus, but about getting her family (and Sarah herself, not to mention the audience) to see that focus in her as well.

If the show isn't going to nail down one specific career for her (that is yet to be seen, and it might not even be necessary), then what's to come is about identifying what Sarah's arc — both in this season and overall — is all about. Hopefully that will transcend the largely romantic arcs that have been the bulk of what we've seen from her in recent years — and which have seemingly caused the rest of her arcs to feel impermanent and scattered.

Don't get us wrong, we want Sarah to find romantic love in her life, too; we just think she (and the show) needs to find herself before anything really has the power to stick.