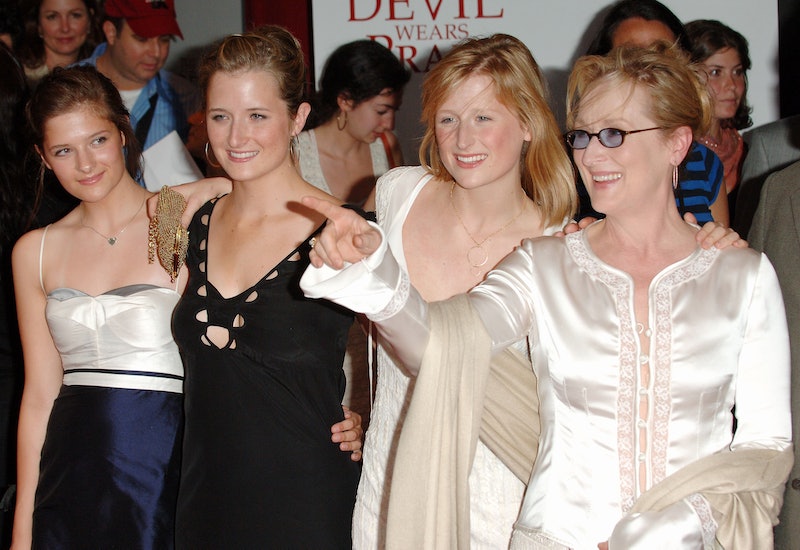 Meryl Streep's daughters don't look like the above photo anymore! The Streep sisters star in the latest & Other Stories Co-Lab ad campaign. Mamie (31), Grace (28) and Louisa (23) look stunning in the campaign photos by just, well, standing there. Turns out, effortless beauty runs in the family!

It should be noted that Louisa does have a modeling contract with IMG Models in New York and has been in campaigns for high-fashion brands, such as Dior and appeared in Vanity Fair and Glamour. Grace and Mamie, both actress, have little experience in modeling. But, for this campaign, just being themselves is enough. The women pose in the sun, sporting pieces from Clare Vivier's second collaboration with the trendy, moderately priced brand — including, yes fanny packs (new spring 2015 trend?).

Of course, Streep, now 64-years-old has been known for her natural beauty and kindness. It must be genetic, because her daughters all look as stunning as their mother in this images. Take a look at some of pictures from the & Other Stories campaign below and just try to tell me they don't resemble their legendary mother!