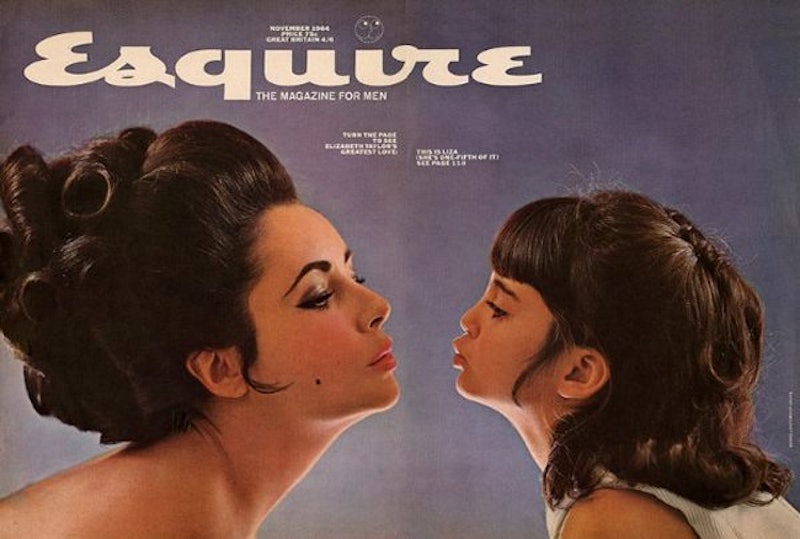 Raise your champagne glass with your white diamond adorned hand, for today marks what would have been Dame Elizabeth Taylor's 83rd birthday. Her legendary beauty and untouchable talent made her the queen of the Golden Age of Hollywood... and the world's quintessential cover girl. So, what better way to celebrate than with a look back at the ten most stunning Elizabeth Taylor magazine covers?

Taylor ended up being one of the first tabloid sirens due to her eight marriages, diva airs, and romantic scandals, and she flaunted her beauty, sultry eyes, and iconic brows on hundreds of magazine covers, marketing film after glamorous film. Although the rumors were always flying around her lustrous head of curls, Taylor would pour herself a drink, put on her lipstick, and pull herself together — as the iconic saying goes — and do what she damn well pleased. And whether that was putting an end to Hollywood censorship or becoming the first silver screen lady to vocalize the fight against AIDS, she did it with an aura of elegant, glamorous style.

Forever passionate about love, life, and her craft, Taylor is immortalized on film and on some pretty iconic magazine covers. Take a look at Elizabeth Taylor's top 10 most stunning turns as a covergirl that'll put the models of today to shame. Karlie and Cara, take note.

Because you know you're a legend when you're standing next to Michael Jackson and Larry Fortensk's serious mullet and all eyes still go to you. Happy Birthday, Elizabeth!